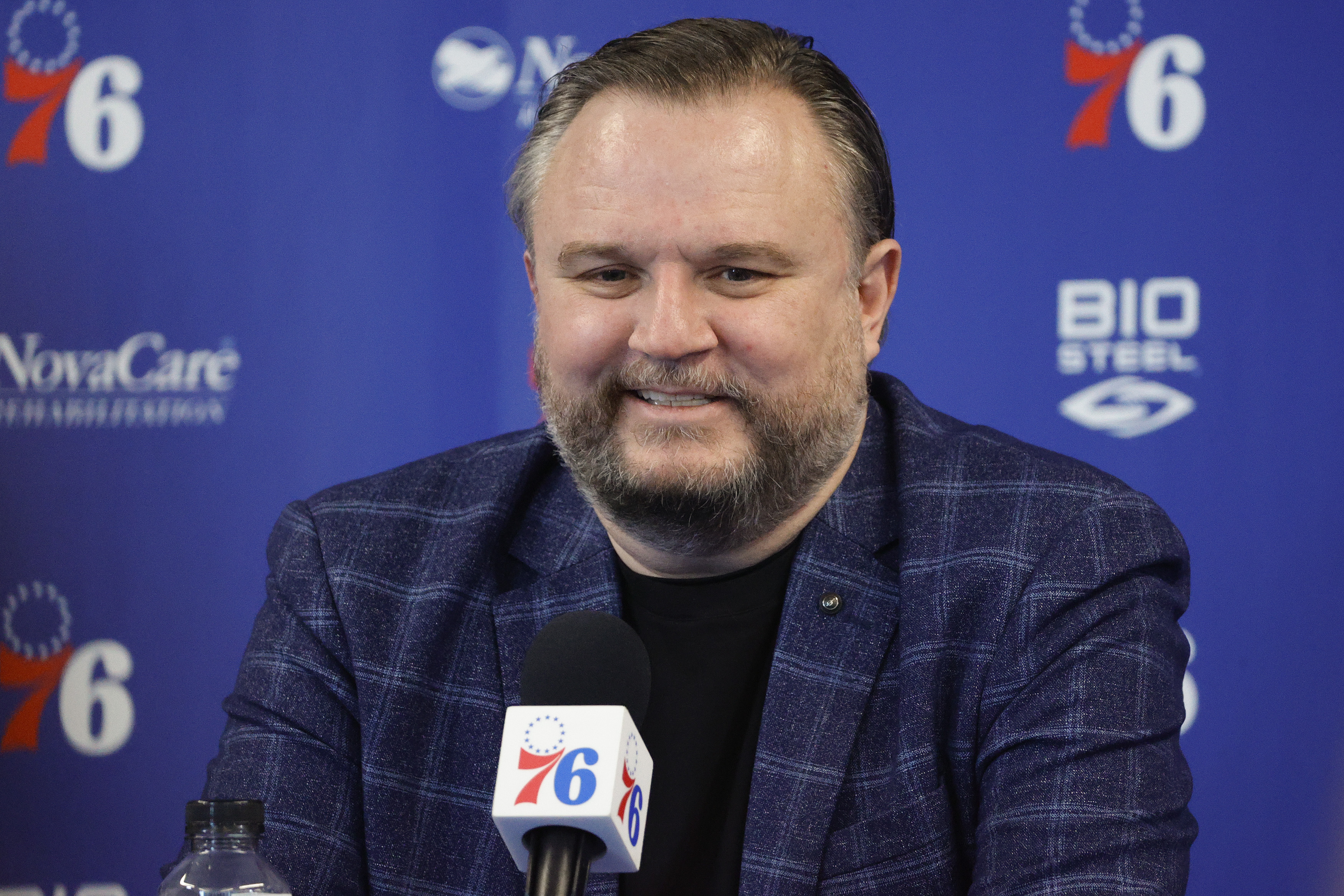 Philadelphia 76ers president of basketball operations Daryl Morey says the team had other trade options for Ben Simmons beyond the one it agreed to with the Brooklyn Nets.

Appearing on The Rights to Ricky Sanchez podcast (h/t CBS Sports’ James Herbert), Morey said the Sixers had “a very good option that we liked” for Simmons, but it began to “look like” the James Harden deal would come together.

It’s unclear what the offer would have been. The Athletic’s Shams Charania and Sam Amick reported Jan. 24 that Philadelphia talked to the Atlanta Hawks and Sacramento Kings about a Simmons deal:

“For Simmons, the 76ers have asked the Kings for guard Tyrese Haliburton and multiple first-round picks, and asked for a package around John Collins and multiple first-round picks from the Hawks along with Atlanta taking on Tobias Harris, multiple sources tell The Athletic. The Athletic reported on Wednesday that the Kings do not plan to move De’Aaron Fox or Haliburton and want to build around them.”

The Kings did end up dealing Haliburton in a six-player trade with the Indiana Pacers on Feb. 8.

Morey did note the Sixers would have been comfortable standing pat at the trade deadline and trying to convince Simmons to play for them down the stretch this season.

“We had a whole plan of convincing Ben to come back to play,” he said. “Who knows how successful that would have been? It didn’t seem to make a lot of sense to push on that option until we had to do it.”

After months of speculation about Simmons’ future, the three-time All-Star was dealt to Brooklyn shortly before the Feb. 10 trade deadline.

The deal reunited Morey and Harden, who were together for eight seasons with the Houston Rockets from 2012 to 2020.

Neither Harden nor Simmons has appeared in a game for their new team. Harden has been ruled out through the All-Star break while he continues to rehab a hamstring injury.

Simmons hasn’t played since Philadelphia’s Game 7 loss to the Atlanta Hawks in the Eastern Conference Semifinals on June 20. He told reporters this week there is no timetable for his Nets debut, but he hopes to play in a March 10 game against the Sixers at the Wells Fargo Center.

Philadelphia is the No. 5 seed in the Eastern Conference with a 34-23 record. The Sixers will wrap up the first half of the season against the Milwaukee Bucks on Thursday at 8:30 p.m. ET.