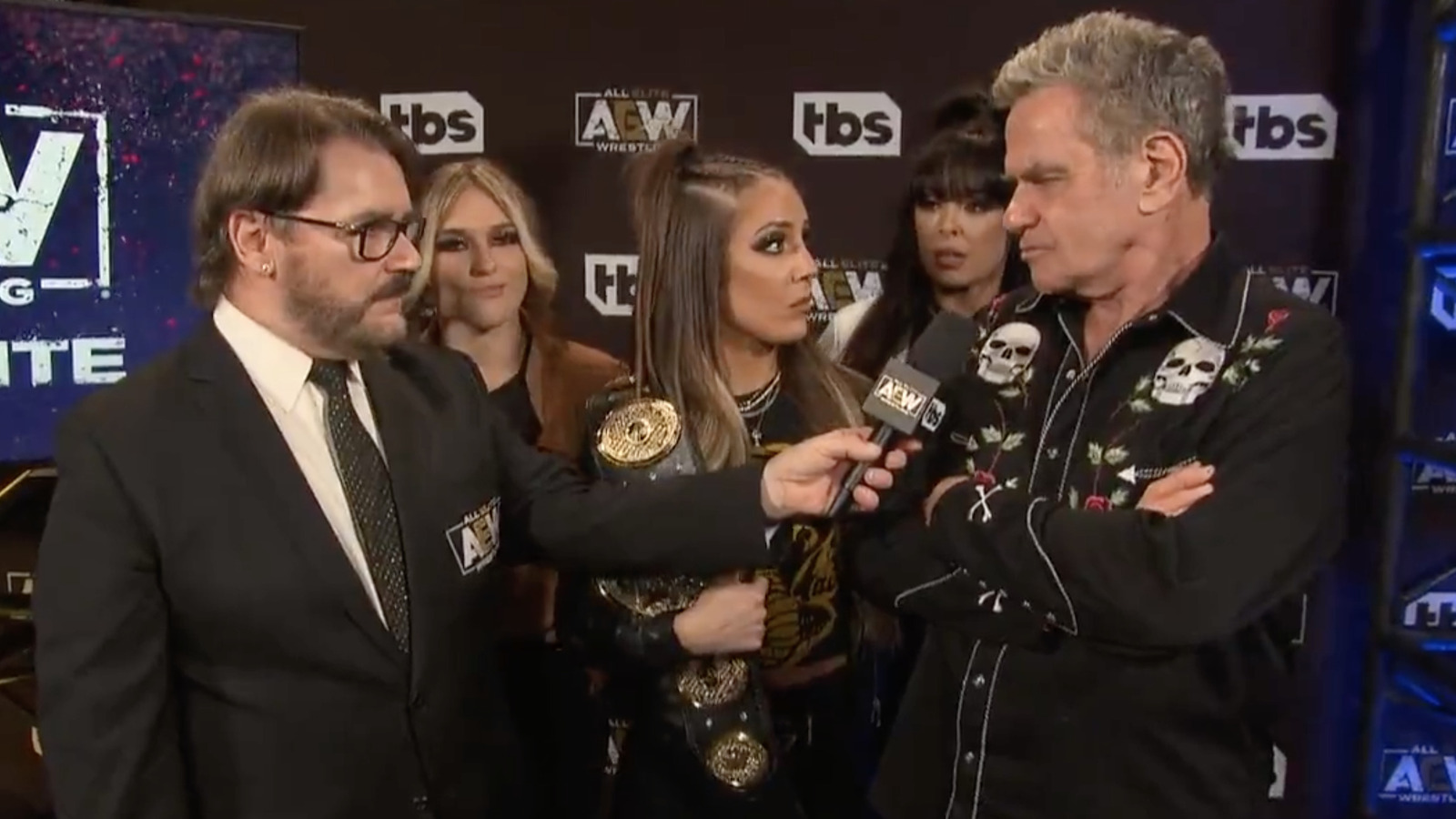 
This isn’t the first time Kreese has shown up and claimed to be the good doctor’s sensei. During a promo video ahead of the Dr. Britt Baker, D.M.D. vs. Nyla Rose match for “AEW Dynamite: Fyter Fest,” Kreese showed up with a cigar in hand claiming that he helped train Baker before the Cobra Kai dojo opened back up. “I know that she knows that mercy is for the weak, here and on the streets,” he said. “Somebody confronts her, they are the enemy, and the enemy doesn’t deserve any mercy.” The appearance was unexpected and garnered a huge pop, but fans assumed it was just a funny little plug for the upcoming season of “Cobra Kai.”

Well, Kreese’s return to AEW has established in-universe that he in fact is Baker’s sensei, expanding the “Cobra Kai” universe to the world of professional wrestling. In the moments before the Wednesday night fight between Mercedes Martinez and Thunder Rosa, AEW commentators discussed Kreese’s appearance backstage, referring to him as Baker’s sensei, and acknowledging him as Kreese. This was not a visit by actor Martin Kove (who they did later show in the audience), this was John Kreese, in the flesh, encouraging his champion’s stable to do the job and take down the enemy. Martinez ended up losing her bout against Rosa, so Baker paid a visit to Kreese at ringside, only for Baker and her henchwomen, Rebel and Jamie Hayter, to enter the ring and put the hurt on both Rosa and Martinez … just as sensei ordered.

Tips and Tricks for Transitional Dressing