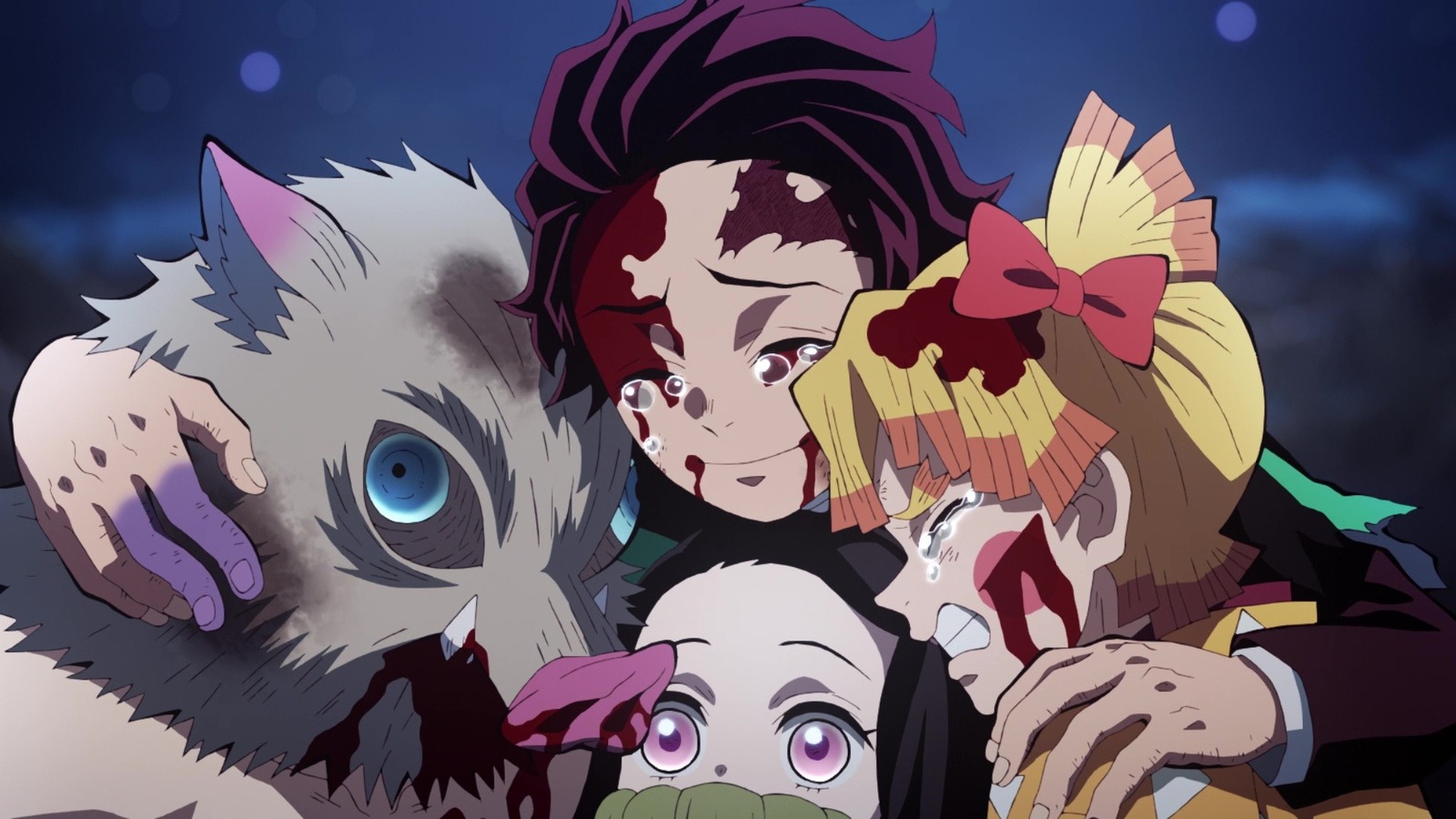 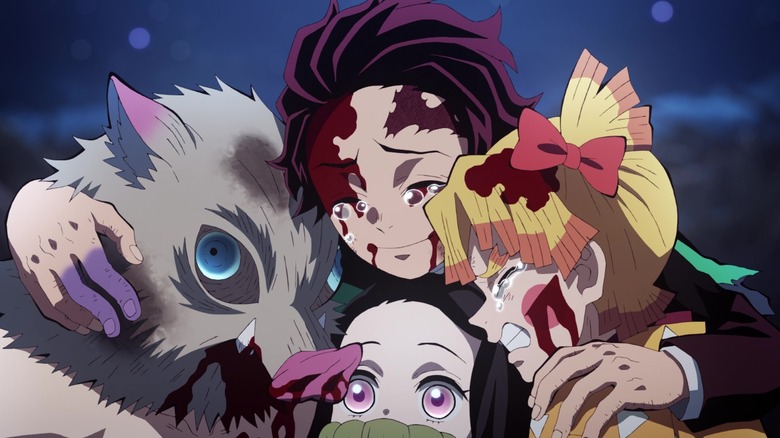 “No Matter How Many Lives,” the season finale of the Red-Light District Arc (or Entertainment District Arc, depending on who you ask) of “Demon Slayer” aired yesterday, and I’m in my feelings about it. It was beautiful, heartbreaking, and a lot of other adjectives for “that made me cry a lot, and I want more.” While the majority of the episode was spent finally getting into the devastating details of Daki and Gyaturo’s lives before the siblings became ruthless Upper Rank demons, there was still enough to reveal more of Nezuko’s powers, hints at the upcoming season 3, and a shocking revelation about Muzan Kibutsuji’s connection to the Demon Slayer Corps.

Daki And Gyutaro — The Saddest Backstory Ever? 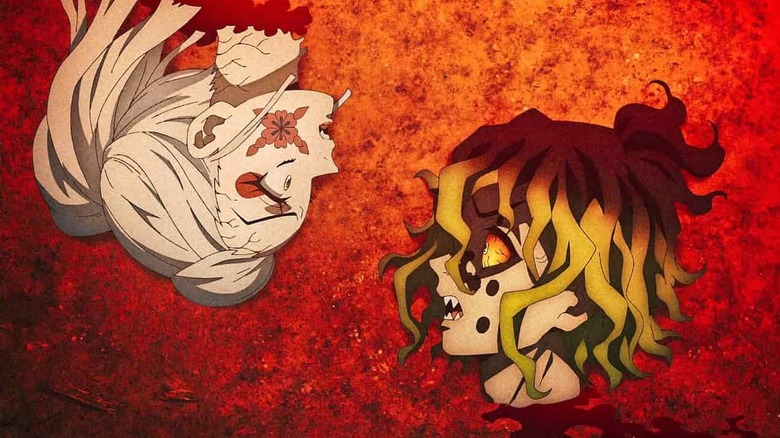 As expected, we finally got Daki and Gyutaro’s backstory. Not only was it predictably tragic, but it’s also probably one of the saddest backstories we’ve seen in the series thus far — and for some of the most ruthless villains we’ve seen so far. I mean, Daki’s human name was literally that of a disease, which is pretty messed up. Not to mention the whole “brutally maimed and left for dead after years of struggle and abuse” thing. The two became demons when the demon Doma found them on the edge of death and offered to “save” them if they wanted to eventually join the ranks of Muzan’s Twelve Kizuki. It’s easy to see how their horrible circumstances hardened their hearts and made it all the easier for them to travel the dark path that ultimately led to their demise as demons.

Still, while undoubtedly tear-jerking, I like that the extensive amount of time dedicated to painting the painful portrait of Daki and Gyutaro’s human lives wasn’t used to excuse their hateful and homicidal behavior. It’s still made clear that they could have made better choices, especially with Gyutaro expressing sorrow and regret over his terrible and corrupting influence on Daki. I couldn’t help shedding a tear (or several) as he spoke about how his little sister could have had a better chance at life if not for him, and I straight-up bawled at the fact that Tanjiro was still kind enough to comfort the slain siblings in their final moments so that they wouldn’t lose each other. And don’t even get me started on Daki’s tearful refusal to leave her brother’s side no matter how many lifetimes the two experience.

The Afterlife And Reincarnation 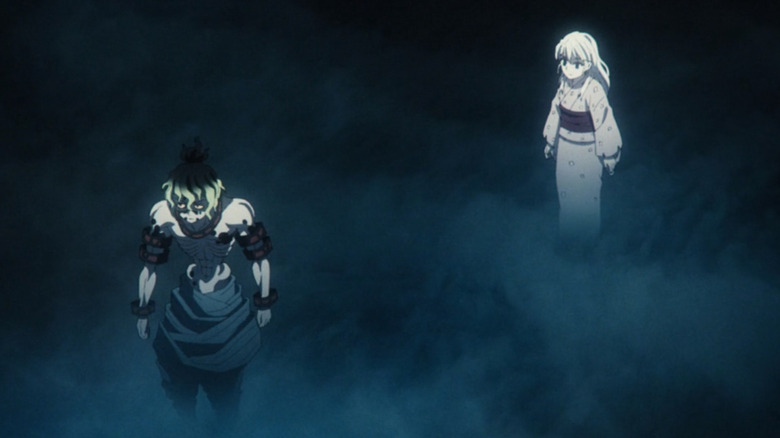 Speaking of lifetimes, it seems the finale more or less confirmed the series’ concept of the afterlife and reincarnation. Several times this season, we’ve seen fallen characters like Tanjiro’s other family members and Rengoku interacting with our protagonists in some sort of strange, blank liminal space. At first, I thought these scenes may have just been representations of the characters’ minds as they search for strength in times of defeat, conjuring images of those they cared for in order to keep fighting. However, this episode leads me to believe that they may have actually been in a type of purgatory, or at least someplace where the souls of the departed can interact with each other — and occasionally their living friends and family, under certain circumstances — before moving on to the next life.

For example, Daki and Gyutaro both mention being reborn and living multiple lifetimes as though it’s a certainty. Then, when they’re in “purgatory,” Gyutaro tries to separate himself from Daki before presumably moving on to the next life in an attempt to free her of her bad influence when they’re reborn. He tells her to go towards the light while he walks toward flames and darkness, which implies that they still have the opportunity to choose to be better in the next life. Readers of the “Demon Slayer” manga likely know more about this subject than I do — I’ve only watched the anime so far, and the story has already come to a conclusion in the manga — but I feel like there is just more than just metaphors and symbolism at work, and I like the idea that there’s a concept of the afterlife built into the “Demon Slayer” world, as it adds to the elements of hope and triumph of humanity that characterize the series. 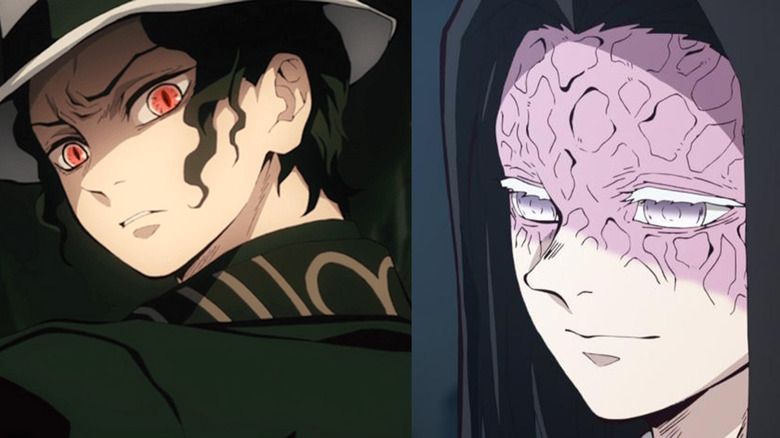 Something just as interesting as potential reincarnation is the fact that we find out Muzan and Kagaya (the terminally ill leader of the Demon Slayer Corps) are related. This is revealed when Kagaya, coughing up blood, refers to Muzan as “the sole blemish on my family,” after learning of Tanjiro and the gang’s victory against Gyutaro and Daki. This, again, is something that manga readers have apparently known for a while, but a shocking revelation for fans who have yet to do so. 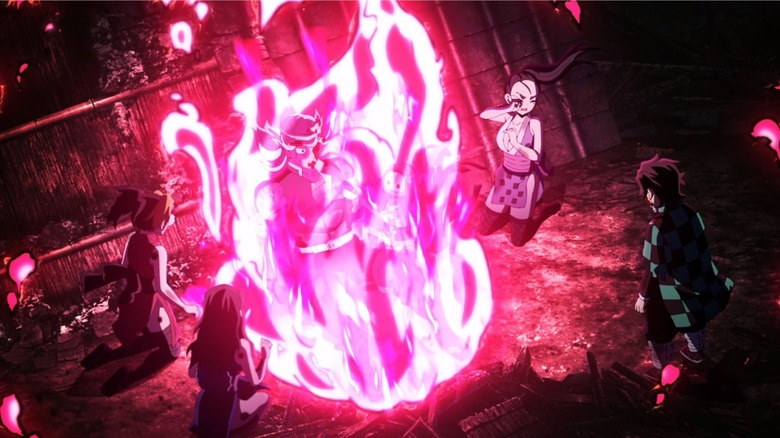 As for everyone else, we learn that Tengen is going to retire from being a Hashira due to the injuries he sustained battling Gyutaro, much to the frustration of Obanai, the Snake Hashira. After Obanai tells him to “keep fighting until you die” since the Demon Slayer Corps is already down one Hashira after Rengoku’s death, Tengen counters by stating that he believes Tanjiro has what it takes to become a Hashira — even if Obanai happens to hate him. Obanai, who almost seems like a bigger hater than Gyutaro, is shocked to learn that Tanjiro even survived. Because of this, I hope we get to whatever potential dynamic could develop between Tanjiro and Obanai if Tanjiro does end up becoming a Hashira.

As for Nezuko, we find out that not only do her pink flames inflict some serious damage on demons, but they have the opposite impact on humans. Nezuko is able to heal her brother, Inosuke, Tengen, and everyone else by setting them ablaze, engulfing them in her cute pink flames. and effectively nullifying Gyutaro’s final attack from the previous episode. It’s a little silly, but I love it, and the reactions of the other characters as Nezuko set people on fire provided some much-needed humor to balance out all the emotional heaviness of the episode. 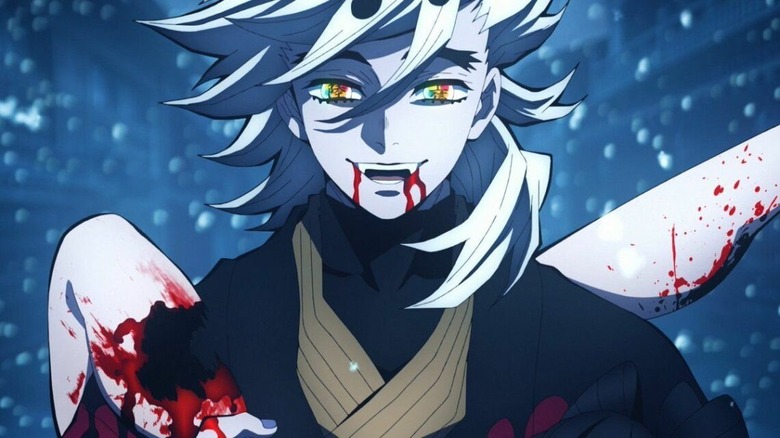 Season 2 of “Demon Slayer” has been nothing short of amazing, and the finale was the perfect conclusion to the Red-Light District Arc while laying the foundation for the upcoming one. The official “Demon Slayer” USA Twitter account recently posted that season 3 will adapt the manga’s Swordsmith Village Arc for the anime series. If it’s anything like season 2, we can expect equal parts humor, heartbreak, and hope, all wrapped in a beautifully animated packaging.

I’d like to see more of Nezuko, Akaza, and Muzan in the upcoming season, in addition to finding out more about the rainbow-eyed Doma — the demon who turned Daki and Gyutaro — partially because he looks cool, and also because they probably wouldn’t throw him into the finale if they didn’t plan on making him a key player in “Demon Slayer” season 3. I also hope to see more of the realistic and relatable struggles and personal victories of the “Demon Slayer” gang.

Read this next: The 15 Best Japanese Horror Movies Of All Time

3 Riffable Outfit Ideas for When You’re in a Rush