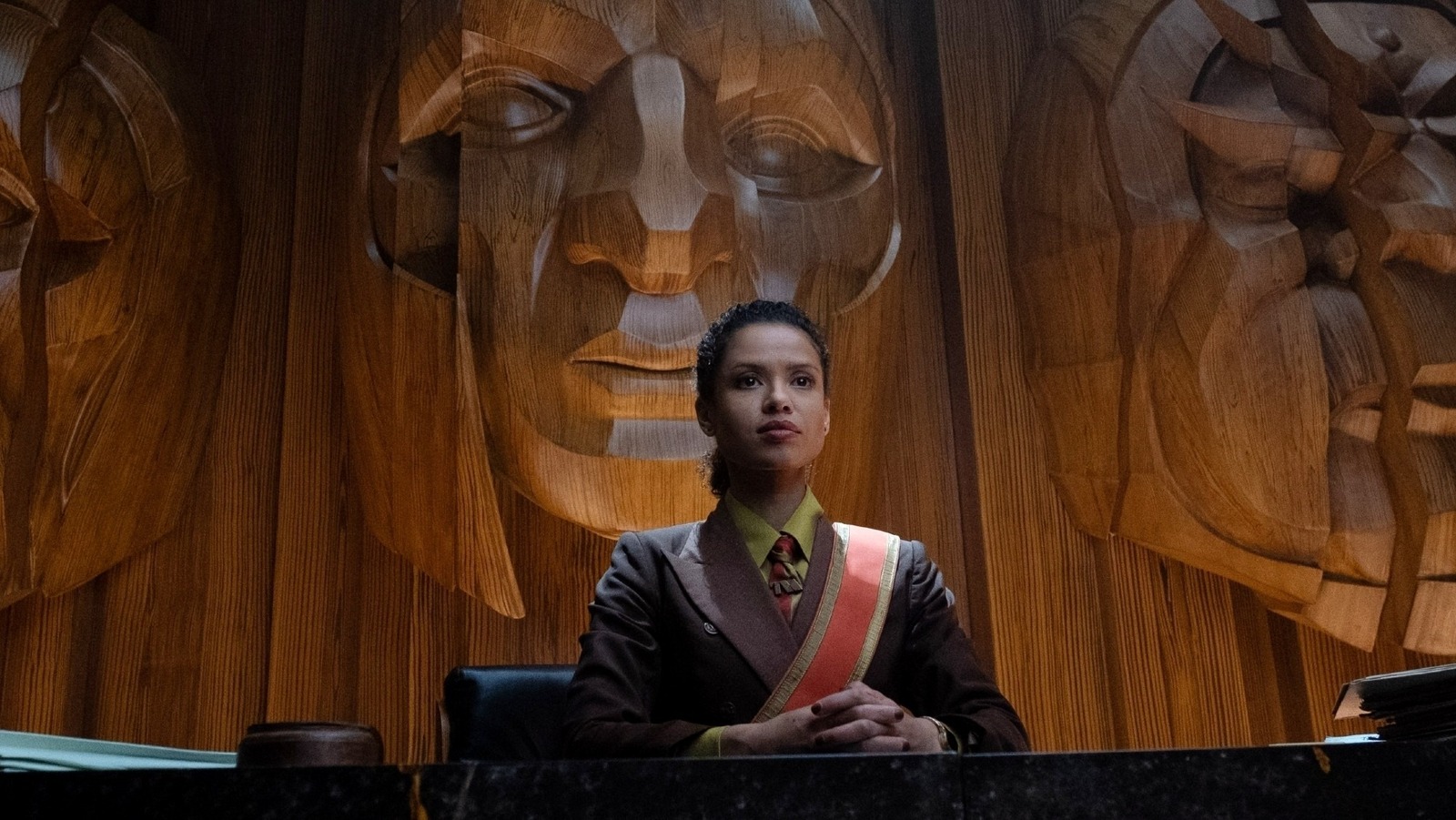 
Deeper, darker places? Yikes! To get a sense of who Ravonna really is, here’s what head writer Michael Waldron said about her to Marvel.com:

“She has the making of a very complex villain that has her own set of principles and beliefs that drive her. She doesn’t believe that what she’s doing is evil. She believes that the mission is for greater good, and Renslayer probably wishes that she never learned that the Time Keepers were fake, that they had just been able to keep doing this forever.”

Oof. There is nothing worse than a bureaucrat who thinks they’re doing the right thing when what they’re doing absolutely isn’t. He also called her a villain, but Mbatha-Raw’s uber-bureaucrat is a villain you love to hate. There were certainly moments when Mobius visits her office that you really do believe she cares for him. If what Waldron says is true, then we can surmise that Ravonna really thought she was helping rather than betraying her bestie.

As for what to expect next, we can try looking at the comics, though we’ve been given a different version of Ravonna in the TV series. In the comics, she and Kang the Conqueror (whom we know as He Who Remains — the variant we’ve met in the series played by Jonathan Majors) are in a romantic relationship. Kang doesn’t choose Ravonna over power, and she’s not exactly happy about it.