Derrick Henry: ‘I Am Pissed Off’ over Titans’ Playoff Loss to Bengals | Bleacher Report 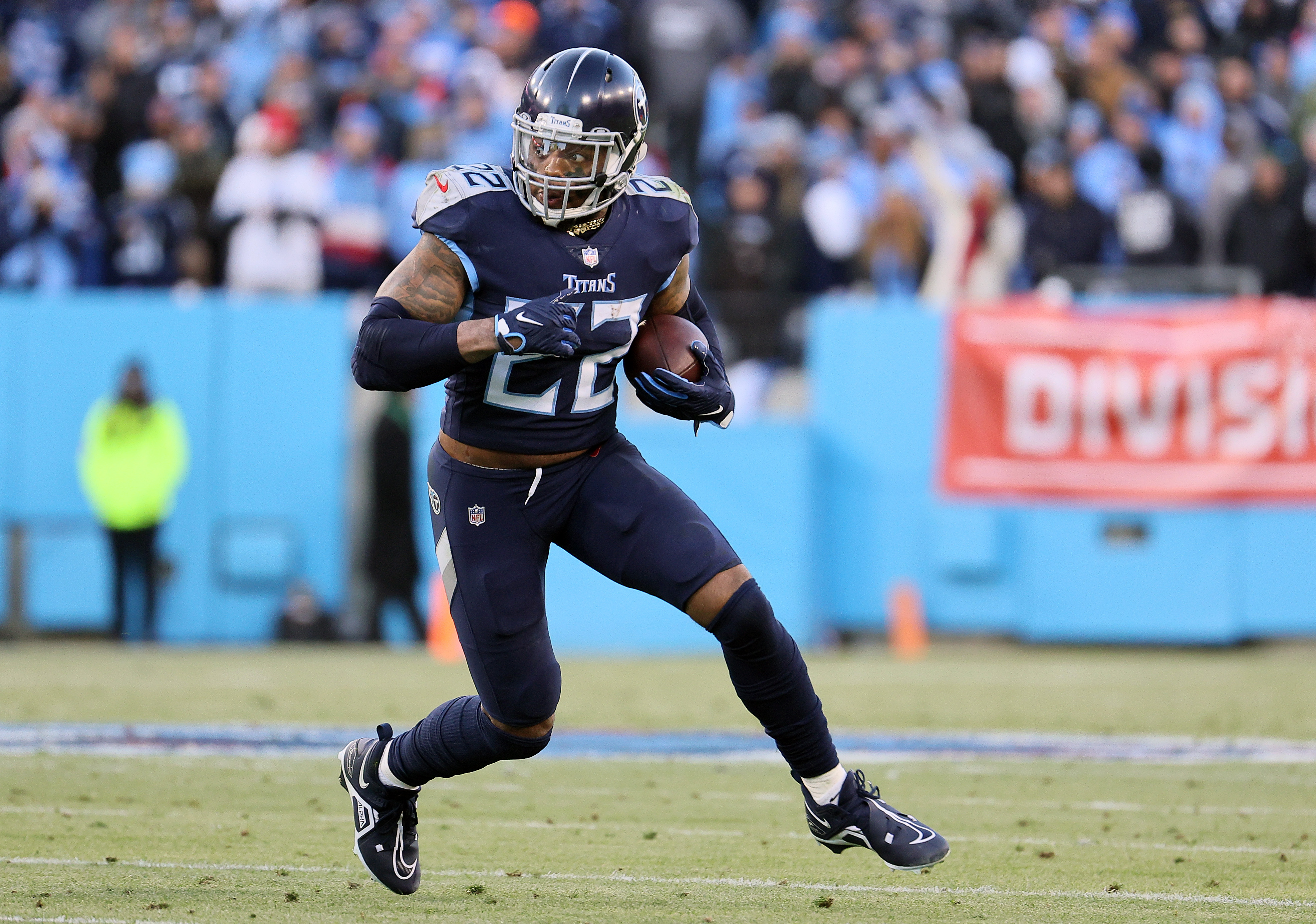 Titans running back Derrick Henry is in Los Angeles for Sunday’s Super Bowl between the Los Angeles Rams and Cincinnati Bengals, and, understandably, Tennessee’s divisional-round loss isn’t sitting well with him.

Speaking with Jim Wyatt of the team’s website, Henry said he’s still “not over the fact” the Titans lost to the Bengals after they earned a first-round bye with a 12-5 record.

“When I see anything about football, whether I am watching TV or see something on my phone about football, it brings that sick feeling back. While I’m here, you just have to deal with it the best you can. It still hurts.

“I am still not over the fact that we lost, and we’re not here. It will replay in my head until we get back to football, which is going to be a while. But yeah, it still replays in my head every single day. I wanted [to win the Super Bowl] bad, and I know all of my teammates wanted it bad. Everybody was shocked when we lost. So that will be in my head until I am able to strap up again and play in a game.”

Henry appeared in Tennessee’s first eight games before undergoing surgery after suffering a broken bone in his foot. He didn’t return for the remainder of the regular season and appeared in the Titans’ 19-16 loss to the Bengals with a steel plate in his foot.

The 28-year-old was ineffective in that game, rushing for just 62 yards and a touchdown on 20 carries. However, the loss wasn’t blamed on Henry.

A lot of the blame fell on Titans quarterback Ryan Tannehill, who completed just 15 of 24 passes for 220 yards, one touchdown and three interceptions.

Despite the disappointing exit, the Titans have a lot to look forward to in 2022. Henry, who rushed for 937 yards and 10 touchdowns in 2021, should again be one of the NFL’s best backs.

Tannehill, who has revived his career in Tennessee after six underwhelming seasons with the Miami Dolphins, will be back for at least one more shot at a Super Bowl title, as his contract runs through 2023 but carries a potential out after next season. In addition, wide receiver A.J. Brown and much of the Titans offense will return.