Who says Pixar doesn’t make anything original anymore? The innovative and consistently successful animation studio may have released a number of sequels in relatively short order, but that stubborn narrative completely ignores original hits in recent years such as “Coco,” “Onward,” “Soul,” and “Luca” … the latter three films coming within the last two years alone. The studio’s latest example of this continuing trend will be this year’s “Turning Red,” the coming-of-age story of a young girl named Mei whose debilitating (but no less uncommon) teenage anxieties manifest through shapeshifting into a giant red panda. The upcoming movie is noteworthy for more than that eye-catching elevator pitch alone, though we also recently found out that it will become the latest Pixar casualty to skip theaters entirely in favor of streaming exclusively on Disney+.

However, “Turning Red” deserves even more attention for its groundbreaking use of animation blended with anime, which immediately sets the film apart from any other Pixar movie released thus far. /Film’s BJ Colangelo recently attended the press day for “Turning Red,” where the creative team — director Domee Shi (writer, director, and story artist of the acclaimed Oscar-winning short film, “Bao”), production designer Rona Liu, and visual effects supervisor Danielle Feinberg among them — opened up about the varied sources of inspiration for “Turning Red,” the process of blending 2D anime with Pixar’s typical 3D style, and the unique challenges this approach posed.

For starters, director Domee Shi revealed that the story is based on her own life:

“As all kids do, I started to grow up, I started changing, I started getting into anime, comics, hang out with my friends more and more and less and less with my mom. And she didn’t understand why I was obsessed with these [laughs] fictional characters with huge eyes and colorful spiky hair. And she definitely didn’t understand whatever this was. Basically I was being pulled in one direction, but my duty and loyalty to my parents and my mom was pulling me in another direction.”

‘A Mix of East Meets West’

No movie can travel from script to screen without hundreds and hundreds of artists working together with the same shared goal. That probably goes double for Pixar animated films, which require the extensive coordination of several different departments to create the stunning animation that we sometimes take for granted. According to production designer Rona Liu, the various inspirations they brought into this film translated to the actual aesthetics of the setting, color palette, and even character design, as well:

“We also wanted to put into the film all of the things that we loved at that age. So we were asking ourselves what influenced our aesthetics when we were 13 and the answer was a mix of East meets West. Our teenage years were filled with best friends, boy bands, punky music videos, and glitter accessories. And we also watched a lot of anime movies and TV shows. And we wanted to mix in that chunky, cute design sensibility, expressive character designs, and poppy color palettes … We looked towards anime for inspiration for her multitude of expressions. Stars in her eyes when she’s amazed. Giant droplets of tears when she’s sad and pupils that can shrink down to a dot when she panics.” 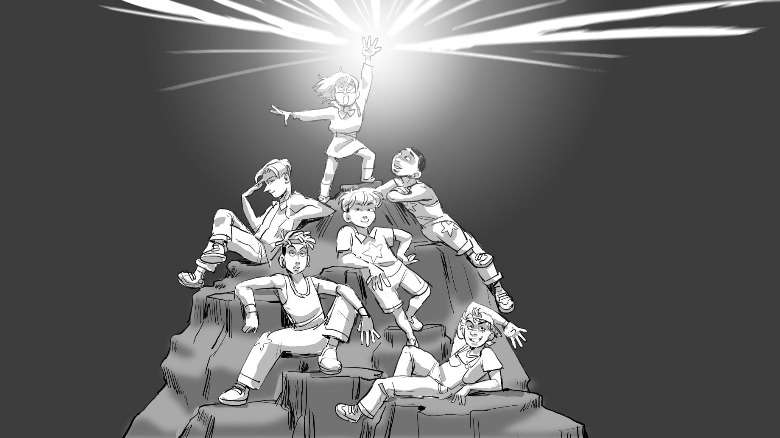 Visual effects supervisor Danielle Feinberg goes even further, detailing the challenges of blending two distinct styles of animation into one.

“The biggest part of that challenge for ‘Turning Red’ was that the inspiration was coming from a very two-dimensional place with very graphic references like anime …and marry it with our typically very complex, detailed, three-dimensional world. It wasn’t like we wanted to use our 3D computer graphics tools to make an anime film. That would be like using oil paints, or something, to try and make a watercolor painting, which would just be kind of silly. So it was more about what elements could we incorporate to make something new.  … One of the things on the film that totally blew me away was how our special effects team ran with the reference and inspiration to incorporate it into their work … Incorporating these into our 3D physics and math-based simulations that our special effects team typically relies on seemed pretty impossible to me. But somehow, they pulled it off … Internally, we called this shot Man Mountain. And you can see, it’s pretty epic.” 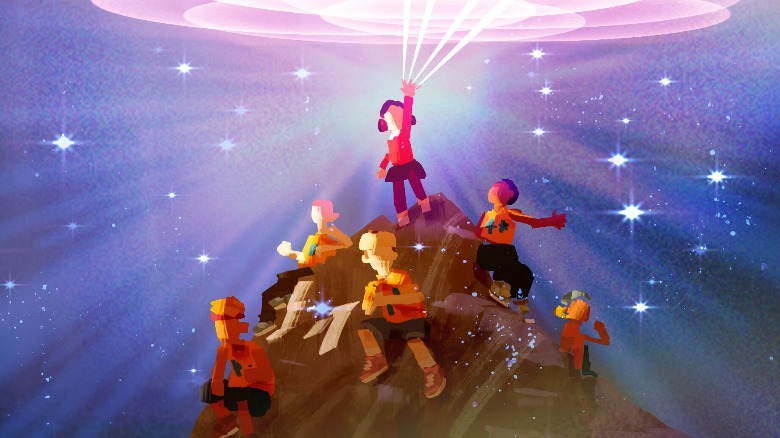 Danielle Feinberg, who has previously worked as a master lighting artist on Pixar films such as “The Good Dinosaur,” “Inside Out,” “Ratatouille,” and “Cars,” goes on to explain the key role that lighting plays in bringing such complex, computer-generated visuals to life:

“And so looking at some of the elements, first here is the pink vapor cloud. And it’s very much a traditional computer-generated special effect that’s using a simulation of real-world materials to generate it. And on this next slide, you can see a version of the 2D hand-drawn elements created for this shot. Some of these informed how that pink vapor cloud could be shaped or moved, but some of them ended up as actual graphic elements in the shot. So with the new process on this film, effects could take those hand-drawn elements, use them to drive some of their simulations. And even cooler, lighting could use them to generate light coming off of them.” 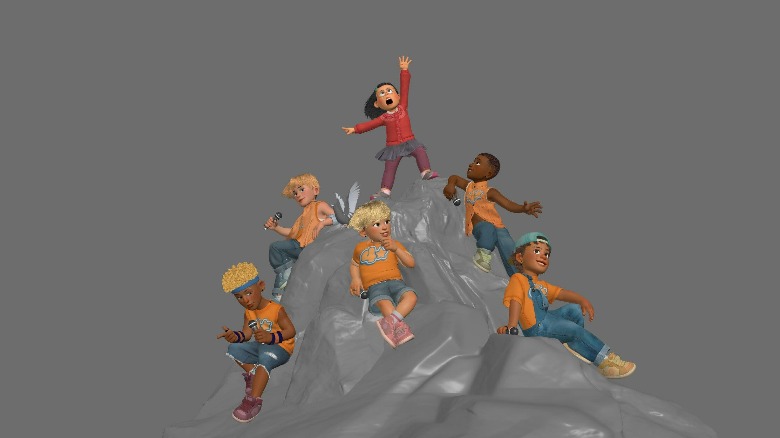 “Both things helped to tie the 2D together with the 3D. And so this combo took the look we already were developing in the film and pushed it to a new dimension, making a ridiculous shot like Man Mountain even funnier. So lighting. A lot of look ends up depending on lighting in the end. And our talented lighters can take even like a convenience store and make it look great. But they were challenged on this movie to not just make things look great, but different.”

Perhaps even more so than other Pixar films, “Turning Red” comes with every indication of relying on its extensive visual effects team to perform minor miracles and create stunning animation out of what began as mere concept art. Part of the reason for the studio’s sustained success stems from constantly broadening the horizons of the medium and challenging themselves to come up with something new each and every time out. Based on what we’ve seen and heard so far, this latest animated film should be an exciting addition to the Pixar brand. “Turning Red” will premiere on Disney+ on March 11, 2022. 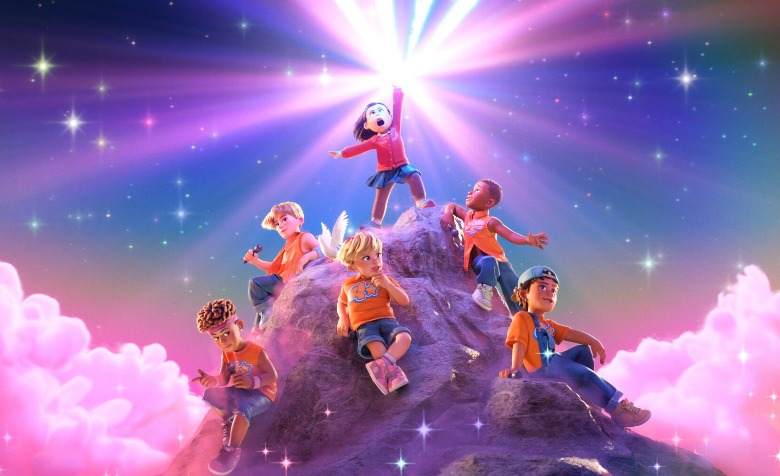 10 Awesome New Discoveries About the Human Past from DNA