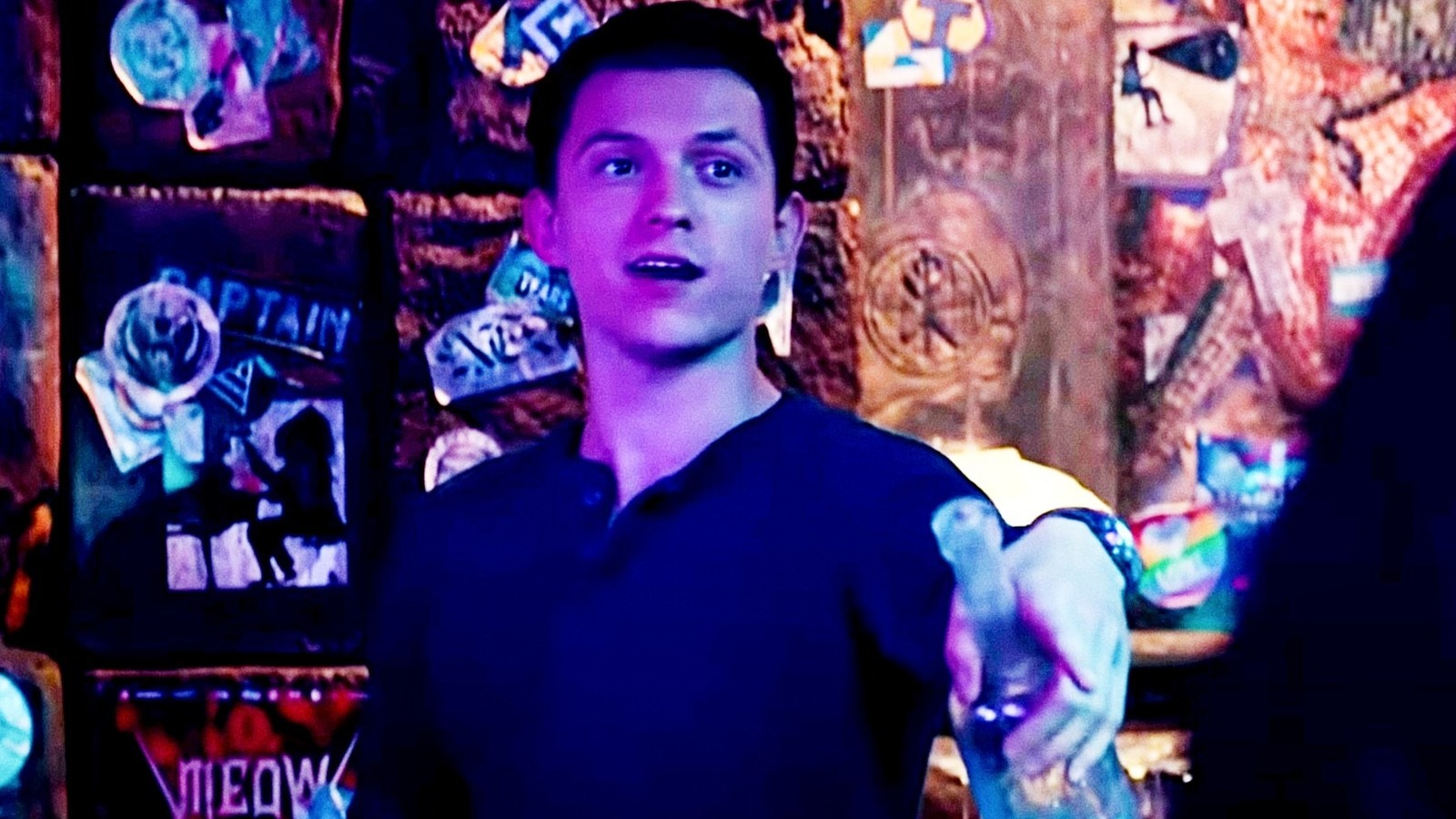 
If it looks like this scene is really putting Holland through the wringer, that’s because it probably is. Still, it’s got nothing on the toughest stunt he had to pull off for “Uncharted.” Yes, I mean the same one that keeps showing up in almost all of the film’s TV spots and trailers, where Nathan is yanked out the back of a plane mid-flight after getting his ankle entangled with a chain of fully-stocked pallet boards.

Holland talked about this particular stunt in a previous behind-the-scenes promo, explaining:

“At times I’d be like a hundred feet in the air, attached to a box that was spinning, and then I would basically hang on until it would throw me off. And it was really scary, but I think that level of fear just makes that scene that much more authentic. It’s the hardest action sequence I’ve ever made.”

Credit where credit’s due, Holland is absolutely doing his part to give moviegoers all the bang they could ask for their buck, as far as his “Uncharted” stunts and fight scenes go. Of course, we’ll find out if the rest of the movie is equally up to scratch soon enough.

“Uncharted” was directed by Ruben Fleischer (“Venom,” “Zombieland: Double Tap”), based on a script credited to Rafe Judkins (“The Wheel of Time”) and writing duo Art Marcum and Matt Holloway (“Iron Man,” “Men in Black: International”). It opens in theaters on February 18, 2022.

The Secret Ingredients of NYC’s Most Sought-After Facial