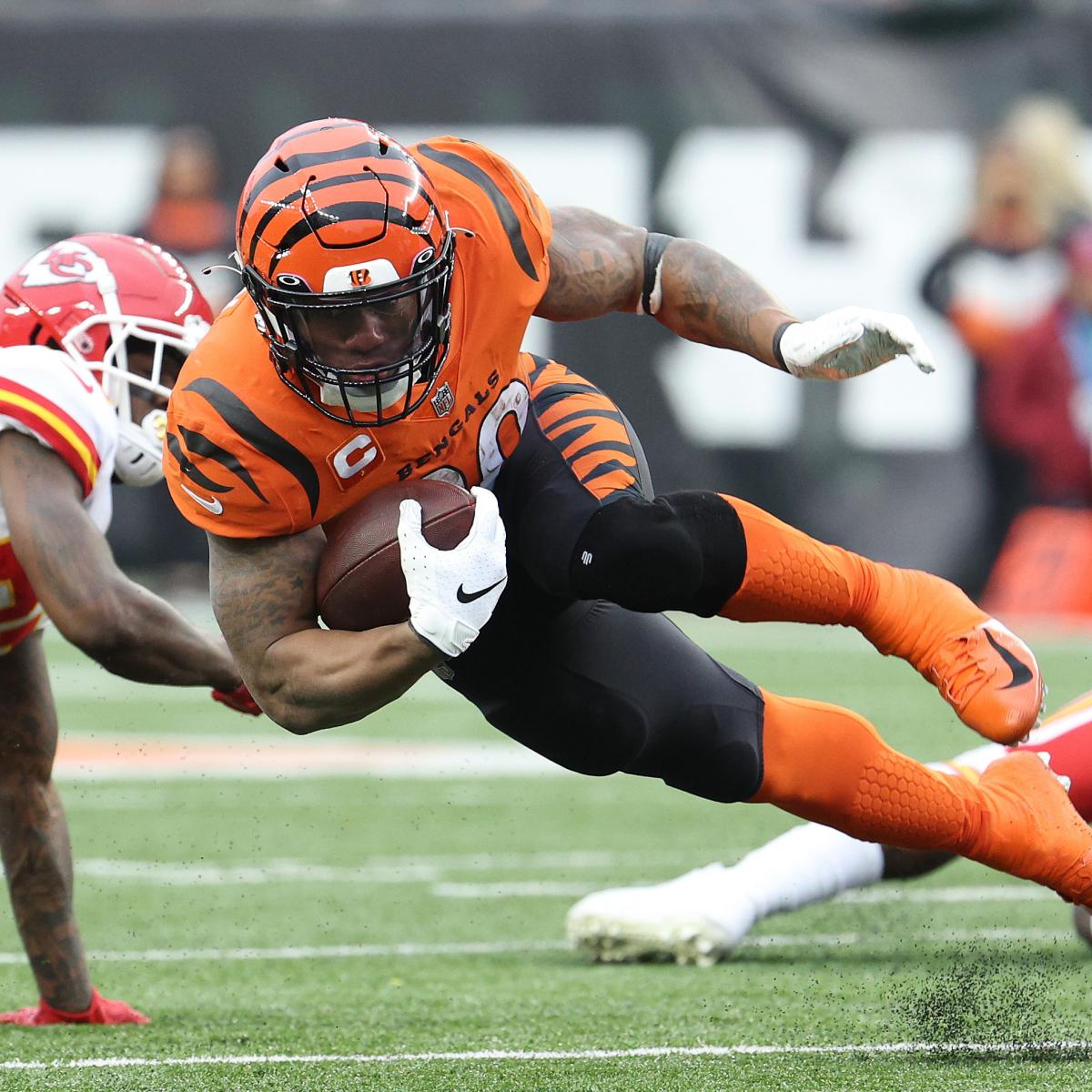 By Sunday night, we’ll know which teams are going to advance.

With the championship round set to commence at 3 p.m. ET, now is the perfect time to check in on the latest odds and most recent buzz. You’ll find exactly that here, along with predictions for this year’s Super Bowl participants.

Fans who love watching young, prolific passers do their thing will be in for a treat when the Bengals and Chiefs face off this afternoon. The regular-season meeting between Joe Burrow and Patrick Mahomes was a terrific one, with the Bengals winning on a field goal as time expired.

While the quarterback battle was tremendous, it’s the Cincinnati defense that deserves credit for launching the Bengals into the postseason. The Chiefs carried a 28-17 lead into halftime but only scored three points in the second half.

It feels unlikely, though, that Cincinnati will be able to shut down Mahomes, Tyreek Hill, Travis Kelce and the rest of the Chiefs offense for another half, however. Kansas City has been in this position before—three straight times, in fact—and knows what it takes to get to the Super Bowl.

The Chiefs also aren’t going to look past Cincinnati after losing to it on the road in Week 17.

“They beat us. It wasn’t a fluke,” Chiefs coach Andy Reid said, per ProFootballTalk’s Myles Simmons. “They beat us; so they’re a good football team.”

Expect the Chiefs to keep changing up the game plan offensively while doing a better job of pressuring Burrow. In the first meeting, Burrow was sacked four times while passing for 446 yards and four touchdowns. However, he is susceptible to pressure and to mistakes.

Burrow was the NFL’s most-sacked quarterback (51 times) during the regular season, and he was under pressure on 24.5 percent of his dropbacks. That pressure did lead to miscues, as Burrow tossed 14 interceptions.

After watching Burrow get sacked nine times in the divisional round, the Chiefs are likely to bring the heat on Sunday. In a back-and-forth shootout, the team that makes the fewest mistakes will win.

This time around, that team will be Kansas City.

While the NFC’s quarterback matchup between Jimmy Garoppolo and Matthew Stafford isn’t quite as juicy as its AFC counterpart, the Rams-49ers tilt may carry even more intensity.

San Francisco and Los Angeles are bitter NFC West rivals who have played twice a season since 1905. The 49ers have won six straight against L.A. and, despite being underdogs, have a very reasonable chance of making it seven in a row.

With the league’s third-ranked defense and a strong rushing attack led by Elijah Mitchell and Deebo Samuel, the 49ers can control the clock and the tempo in this one. If San Francisco is forced to come from behind, however, it could be in trouble.

Now, Garoppolo did lead the 49ers in a comeback win to finish the regular season. San Francisco was down 17-3 at halftime but managed to win in overtime. Garoppolo has shown a penchant for poor decisions recently—perhaps also influenced by his thumb injury.

Garoppolo has thrown six interceptions over his last four games.

As is the case in the AFC matchup, quarterback pressure could be the difference here. The Rams have a dangerous pass rush led by Aaron Donald and Von Miller. San Francisco’s pass rush, led by Nick Bosa, is just as potent.

San Francisco and Los Angeles combined for 98 sacks in the regular season.

The quarterback who takes the best care of the football is going to win here. A few weeks ago, I might have picked Garoppolo over Stafford in that department. Stafford tossed four interceptions in two regular-season meetings with the 49ers.

However, Garoppolo has been making more mistakes in the postseason and isn’t at 100 percent. Expect L.A. to get out in front early and to prevent the comeback in Round 3.

WHATSAPP FOR ANDROID, DESKTOP TO GET NEW FEATURES

Zambian president vows not to favour Chinese creditors in restructuring