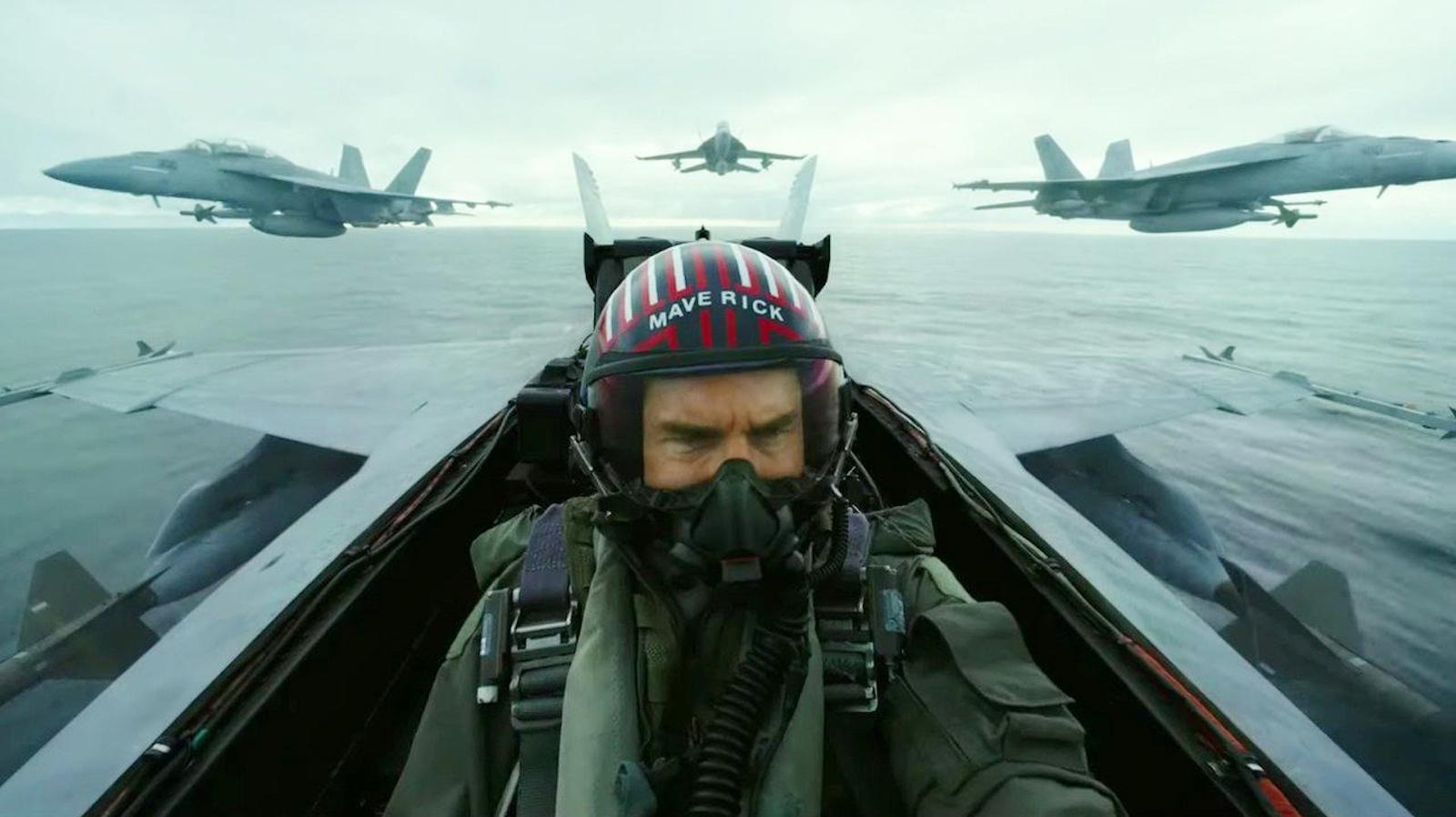 
In an excellent example of corporate synergy, ViacomCBS tapped Tom Cruise, the star of Paramount Pictures’ upcoming “Top Gun: Maverick,” to appear in the intro for the AFC Championship game. As he recounted each team’s treacherous journey through their division to the big game, footage from the long-awaited sequel was inter-spliced with highlights from this past NFL season. If you missed all the pomp and circumstance before the game, you’re in luck because CBS’ official NFL Twitter shared the video package shortly after it aired.

Both committed to being the BEST of the BEST.@TomCruise sets the stage for the AFC Championship. pic.twitter.com/lcPKJjZWkL

There’s not a ton of new footage here, but it is a nice reminder that the sequel to Tony Scott’s beloved 1986 film is still on the horizon. After it was initially scheduled for a theatrical release on July 12, 2019, it was pushed back to November 19, 2021 due to the ongoing pandemic. Now, Maverick’s return to the cockpit is scheduled to kick off this year’s summer movie season on Memorial Day weekend before heading to Paramount+ 45 days later. Until then, here’s the film’s official trailer and synopsis to hold us over until the promotional campaign has the need. You know, the need for speed.

After more than thirty years of service as one of the Navy’s top aviators, Pete “Maverick” Mitchell (Tom Cruise) is where he belongs, pushing the envelope as a courageous test pilot and dodging the advancement in rank that would ground him. When he finds himself training a detachment of Top Gun graduates for a specialized mission the likes of which no living pilot has ever seen, Maverick encounters Lt. Bradley Bradshaw (Miles Teller), call sign: “Rooster,” the son of Maverick’s late friend and Radar Intercept Officer Lt. Nick Bradshaw, aka “Goose.” Facing an uncertain future and confronting the ghosts of his past, Maverick is drawn into a confrontation with his own deepest fears, culminating in a mission that demands the ultimate sacrifice from those who will be chosen to fly it.

Why We’re Obsessed with Beauty Minis