Hungarian Roma are translating Amanda Gorman; her poetry speaks to their experience : NPR 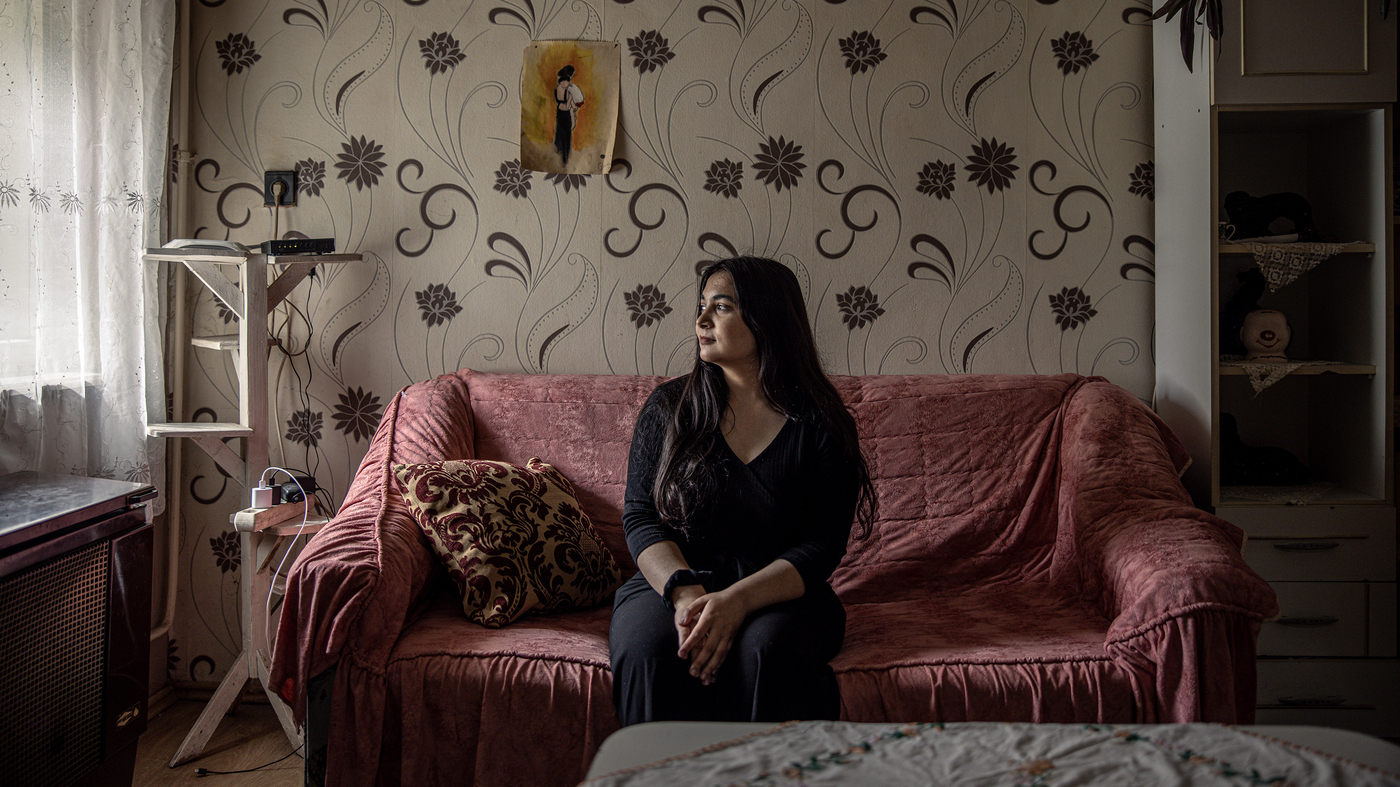 National Youth Poet Laureate for 2017 Amanda Gorman recites her poem “The Hill We Climb” during the inauguration of President Biden, on the West Front of the U.S. Capitol Jan. 20, 2021, in Washington, D.C.

National Youth Poet Laureate for 2017 Amanda Gorman recites her poem “The Hill We Climb” during the inauguration of President Biden, on the West Front of the U.S. Capitol Jan. 20, 2021, in Washington, D.C.

BUDAPEST, Hungary — Rozalia Galambica first discovered Amanda Gorman on YouTube, not long after the poet dazzled at President Biden’s inauguration with “The Hill We Climb.”

“The way she performs her poem,” says Galambica, a 20-year-old Hungarian Roma, “you are listening to her, and everything makes sense.”

The Roma are one of Europe’s largest minorities, and its most marginalized. They migrated from India to Europe centuries ago yet are still treated like outsiders. Until recently, the Roma were also called gypsies.

“When you experience hate every day of your life,” Galambica says, “you just feel every word of the poem. You feel seen. You feel hope that you can do much more in life than what society tells you.”

This perspective is one reason why Galambica is now on a team of young Romani writers who are translating Gorman’s best-selling new book, Call Us What We Carry, into Hungarian. The translation is due out this summer. Their selection came after a heated debate in Europe last year over who should translate the work of a young Black American poet.

For some, the lack of diversity among literary translators has become an issue

The controversy began in the Netherlands early last year. International Booker Prize-winning writer Marieke Lucas Rijneveld — who is white, non-binary and uses they/them pronouns — revealed on Twitter that they were selected to translate “The Hill We Climb” into Dutch.

Janice Deul, a Black activist in the Netherlands, responded by calling Rijneveld “an incomprehensible choice” and saying the work should go to a spoken-word artist who is “young, female and unapologetically Black.”

Rijneveld quit. “I wasn’t considered capable,” they told a Dutch TV host in November. “People said: ‘you’re not a person of color, you don’t have the same background.’ “

Then Gorman’s Catalan translator, Victor Obiol, a white man, was told he was “not suitable.”

“It’s about the opportunity, the space for visibility created by the act of translation, and who gets to occupy that space,” wrote Haidee Kotze, a translation studies professor at Utrecht University.

Like other parts of Europe, the pool of translators in Hungary is “mostly white and middle-aged,” says Andras Buchler of Open Books, the publishing house in Budapest that’s handling the Gorman translation.

“When publishers anywhere in the world acquire foreign-language titles, they look for translators with deep understanding of the original work,” he says. “When it comes to poetry, it’s a million times more complicated. In this case, there were also the issues of accessibility and relatability.”

“I told the publisher, ‘we have these wonderful young writers who are Roma,’ ” she says. ” ‘Why not them?’ “

The translators grew up in Ozd, a town in the northern hills of Hungary that has a sizable Roma population. The Roma neighborhood there is impoverished.

Bodis runs Van Helyed (“You Belong”), an education nonprofit that first started up in Ozd, a town in the northern hills of Hungary with a sizable Roma community. The four translators on the Gorman project grew up in Ozd and attended school in Budapest through a partnership with the nonprofit.

Bodis says that the Roma are so disadvantaged in Hungarian society that most do not finish high school or find good jobs. Teen pregnancies are the norm.

“Politicians use the Roma to win elections [with promises of support] then ignore or abuse them the rest of the time,” she says.

More than 12 million Roma live in Europe today, most in the eastern half of the continent. At least 750,000 live in Hungary. Growing up here, Rozalia Galambica says she tried hard to fit into a society that constantly told her, as she explains, “you are not enough.”

“You won’t be able to have a career because you will have children at 16 or Galambica says she tried hard to fit into a society that constantly told her, a 15,” she says. “My brother, his teacher told him that it doesn’t really matter if he studies because he won’t be able to get a good job, and he will be no one in life.”

Her brother, Peter, is 18 and says he grew up watching portrayals of Roma as “fraudsters, gangsters or performers playing music to humor white people.”

“I feel like the hill we’re trying to climb,” he says, “is to put a stop to Romani people being looked at as criminals and as jokes and clowns.”

“They don’t know what it means for me, for the Romani people. They just do it,” she says. “And when they read poems like [Gorman’s], I really hope that they see what they did.”

Kriszta Bodis, who runs the education nonprofit Van Helyed (You Belong) in Budapest, shows a Nina Simone video to the young Roma writers who are translating Amanda Gorman’s new book of poetry, Call Us What We Carry.

The team meets regularly, usually online, to workshop their translations of the poems in Call Us What We Carry. They discuss each word, each verse. A professional translator, Daniel Danyi, works with them.

Bodis also passes on readings and films, including a video of Nina Simone’s song “Brown Baby,” so the team can learn about the Black American experience.

Buchler, the publisher handling the translation, says he’s trying to help the team with workshops and coaching.

“We would love to publish their work like, tomorrow, but we are trying hard to not pressure them,” he says. “We really want to give them time to make each and every piece like perfect.”

Rozalia Galambica joined the session via Zoom from Leiden University in the Netherlands, where she’s studying international relations and sociolinguistics. After she graduates, she wants to pursue a master’s degree.

“Maybe I will be a diplomat,” she says. “I want to do something that changes how society perceives the Roma.”

She struggles with that perception herself. She says she sometimes doesn’t speak up when classmates assume she’s Spanish or Greek.

“I’m scared to say that, ‘yeah, I’m a Hungarian Roma,’ ” she says, “because I’m not sure about how they would handle it.”

At such moments, she wonders what Amanda Gorman would do. She turns to the last lines of “The Hill We Climb”:

When day comes, we step out of the shade of flame and unafraid.

The new dawn balloons as we free it.

For there is always light, if only we’re brave enough to see it.

If only we’re brave enough to be it.

She says those words always give her chills — and wants to make sure their power is not lost in translation.

Mate Halmos contributed to this report from Budapest and Rosanne Kropman from Amsterdam.

Actions of a good boss turning into a bad boss