WHO staffers accused its Western Pacific director of racism and abuse : NPR 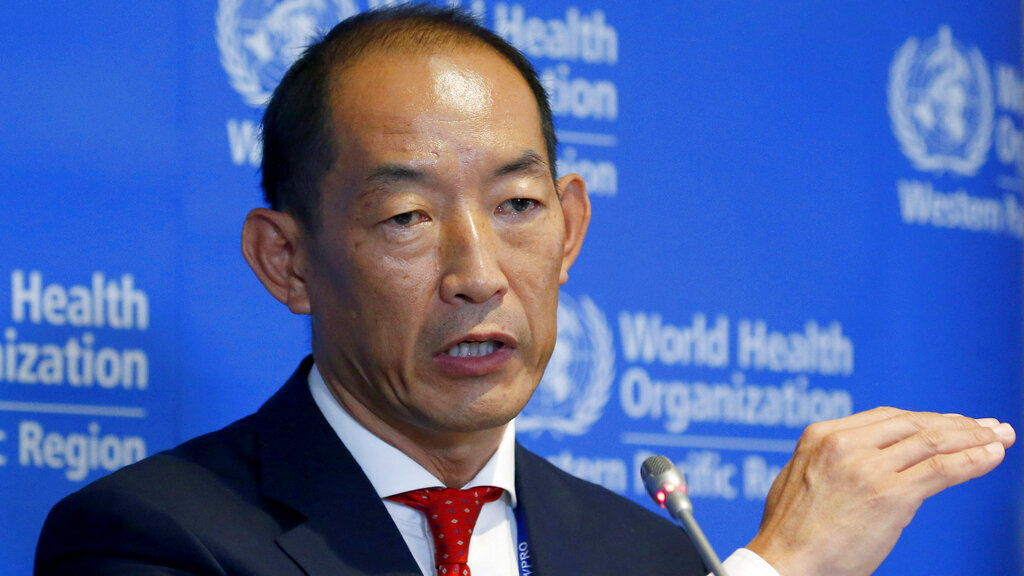 Current and former staffers have accused the top director of the World Health Organization in the Western Pacific of racist, unethical and abusive behavior that has undermined the U.N. health agency’s efforts to curb the coronavirus pandemic.

The allegations were laid out in an internal complaint filed in October and again in an email last week, sent by unidentified “concerned WHO staff” to senior leadership and the executive board and obtained by the Associated Press. Two of the authors said more than 30 staffers were involved in writing it, and that it reflected the experiences of more than 50 people.

The internal complaint and the email describe a “toxic atmosphere” with “a culture of systemic bullying and public ridiculing” at WHO’s Western Pacific headquarters in Manila, led by Dr. Takeshi Kasai, director of a vast region that includes China and his home country of Japan. The AP also has obtained recorded snippets of meetings where Kasai is heard making derogatory remarks about his staff based on nationality. Eleven former or current WHO staffers who worked for Kasai told the AP he frequently used racist language.

Staffers, who did not identify themselves to WHO “for fear of retaliation,” said in the email that Kasai’s authoritarian style has led to the departure of more than 55 key staff in the past year and a half, most of whom have not been replaced. This resulted in a lack of understanding and involvement with member countries that “significantly contributed” to a surge of cases in many countries in the region, they said. However, other WHO staffers pointed out that spikes in COVID cases were due to numerous reasons, including countries’ own resources and the timing of their national efforts.

The complaint and message also accused Kasai of improperly sharing potentially sensitive vaccine information with Japan, one of 37 countries in the region he leads.

In an email to the AP, Kasai denied allegations of racism and unethical behavior. He said that after receiving the email last week, he immediately took steps to communicate with all his staff.

“I ask a lot of myself, and our staff,” he said. “This has particularly been the case during the COVID-19 response. But it should not result in people feeling disrespected.”

Kasai said he was committed to making changes that would ensure “a positive work environment” for all WHO staff in the region. However, an internal WHO message seen by the AP shows that in a meeting last week, Kasai ordered all his senior directors and country representatives to “reject” the accusations made in the email and to “totally support” him.

Among the most damning claims is that Kasai made “racist and derogatory remarks to staff of certain nationalities.” The internal complaint filed to WHO alleges that Kasai once aggressively questioned a Filipino staffer during a coronavirus meeting, saying: “How many people in the Pacific have you killed so far and how many more do you want to kill further?” The complaint said he then asked “if she was incapable of delivering good presentations because she was Filipina.”

Several WHO officials present when the statements were made confirmed to the AP that the regional director has made numerous racist comments in meetings denigrating people from countries including China, the Philippines and Malaysia. They said the harassed staffers were sometimes driven to tears.

The email also said Kasai had blamed the rise in COVID cases in some countries on their “lack of capacity due to their inferior culture, race and socioeconomic level.” Three WHO staffers who were part of the agency’s coronavirus response team in Asia told the AP Kasai said repeatedly in meetings that the COVID response was hampered by “a lack of sufficiently educated people in the Pacific.”

Kasai rejected allegations that he had ever used racist language.

“It is true that I have been hard on staff, but I reject the suggestion that I have targeted staff of any particular nationality,” he said. “Racism goes against all of the principles and values I hold dear as a person….I believe deeply and sincerely in WHO’s mission to serve all countries and people.”

The claims add to a litany of internal protests from WHO personnel about the agency’s management of the pandemic during the last two years, including privately complaining about China’s delayed sharing of information while publicly praising the government. In their complaint, WHO staff admonished Kasai for “not daring to criticize the Chinese authorities” and failing to disclose what happened during a trip to Beijing to meet President Xi Jinping shortly after the coronavirus was identified in Wuhan.

“We request your urgent intervention to address our serious concerns…which is negatively impacting WHO’s performance to support (countries) in the region and WHO’s ability to function as an effective public health organization, especially during the COVID-19 pandemic,” the staffers wrote.

Kasai is a Japanese doctor who began his career in his country’s public health system before moving to WHO, where he has worked for more than 15 years. He is credited with developing the region’s response to emerging outbreaks after the SARS epidemic in 2003.

Lawrence Gostin, director of the WHO Collaborating Center on Public Health Law and Human Rights at Georgetown University, said he was in contact with many people at the office in the Western Pacific, and knew they felt battered during the pandemic.

“Dr. Kasai came into office with a good reputation, as a reasonably strong public health leader with his country’s support,” Gostin said. “But I was not surprised to hear these allegations.”

Gostin said racism in a WHO office at the center of the pandemic would be “unconscionable,” and that the allegations wounded WHO’s credibility and capacity to do what was needed during the pandemic.

“If you ever needed WHO and its key regional offices to be acting with a single voice, with a single purpose and with great energy, it would be now,” he said. “And the fact that the staff are so demoralized, feel so defeated, so humiliated and morale is so low, it hurts the pandemic response in the region.”

In the email, staffers accused Kasai of not respecting WHO’s own guidelines in the pandemic through a forced return to the office and to commutes during strict lockdown in Manila. In an internal email to staff from April 1, 2020, he said that three people on the Manila team had COVID but that “we must remain functional….This has meant keeping our country offices and the Regional office open to some level.” Some staffers were concerned that parts of the advice — including car-pooling with other staff and continuing to share desks — could put them at higher risk of catching COVID-19.

WHO staffers also alleged that Kasai abused his position to aid the Japanese government in COVID-19 vaccination planning by providing confidential data. Many countries expect WHO not to share details on sensitive issues like disease rates or vaccination unless they explicitly consent.

A WHO scientist who worked on COVID-19 vaccination in Asia told the AP that Kasai shared data with Japan so that the government could decide how to donate doses to its regional neighbors for a political advantage. The staffer, who asked not to be identified for fear of retaliation, said Kasai also pressured WHO personnel to prioritize vaccine donations from Japan over the U.N.-backed COVAX effort.

In his response to the AP, Kasai disputed that he had ever inappropriately shared information with Japan.

“At no time have I pressured staff to facilitate donations from Japan rather than COVAX,” he said. “The vast majority of Japan’s vaccine donations to other countries in the Western Pacific Region have been through the COVAX (effort.)”

WHO has dealt with internal complaints from staffers alleging systemic racism, sexism and other problems before; its director-general Tedros Adhanom Ghebreyesus ordered an internal probe in January 2019 to assess such allegations. Last year, the AP reported that senior WHO management was informed of multiple sexual abuse reports involving its own staffers during the Ebola outbreak in Congo, but failed to act.

The authors of the WHO email in the Western Pacific said most of them had “exhaustively” filed complaints through various WHO mechanisms, including its ombudsman, ethics hotline, staff association and office of internal oversight, but have not been informed of any investigation into their allegations.

Under WHO’s governance structure, regional directors are largely answerable only to the member countries that elect them and to the executive board that confirms their selection. Kasai was elected by member countries in the Western Pacific in 2019 and could run again next year.

WHO’s headquarters in Geneva said in an email that it was “aware of the allegations and is taking all appropriate steps to follow up on the matter.” Kasai said in a statement that he was “ready to cooperate fully with any process to investigate the concerns which have been raised.”

Kasai does not technically report to Tedros, but “all staffers are subject to the authority of the Director-General,” according to the agency’s staff rules. During a press briefing last April, Tedros praised Kasai as “my brother” and thanked him for “everything you continue to do to serve the people of the Western Pacific.”

At a virtual meeting this week, WHO’s executive board is slated to discuss issues including the ongoing response to the COVID-19 pandemic. Also on the agenda are various “management matters,” including the prevention of abuse and harassment and “increased efforts to address racism.”

The Great Resignation has morphed into the Great Sabbatical