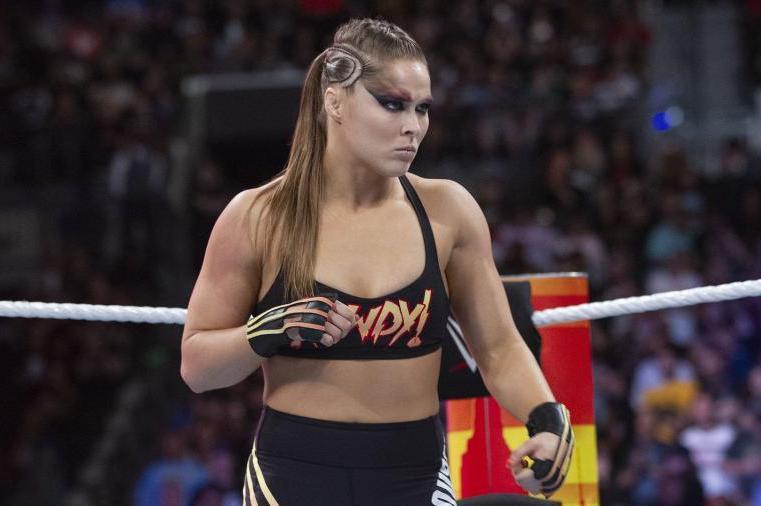 The B/R community has always been outspoken, especially when it comes to opinions on pro wrestling and its biggest stars.

We will answer your questions and react to your hot takes about WWE, All Elite Wrestling and the world of pro wrestling.

This week’s question: Who do you want to see win the men’s and women’s Royal Rumble matches.

Check out what the B/R community thought.

“Roman is going to drop the title to Seth and then win the Rumble.” (@TekNk)

A lot of people picked Roman Reigns, which means just as many people think he is going to drop the Universal Championship to Seth Rollins at the Royal Rumble on Saturday.

While this is a strong possibility, especially with the story they are telling, Reigns losing the title is not a sure bet at this point.

Rollins getting The Usos banned from ringside is going to help his chances, and if Kevin Owens is hanging around, he may help his new best friend beat The Tribal Chief.

However, WWE might save a major moment such as Reigns losing the title after holding it for over 500 days for something bigger like WrestleMania 38.

Kevin Owens is an interesting pick because, until very recently, he was not being pushed as a top act in WWE. He had some title matches against Reigns last year, but it has been quite some time since it felt like the company was going to give him a main event push.

KO would be a great choice this year because the crowd loves him and he has a built-in storyline with Rollins if The Visionary wins the universal title from The Tribal Chief.

Owens recently re-signed with WWE, so the company might be looking to give him a push to make sure it gets the most out of its investment.

This seems a little more likely than Reigns winning the men’s Rumble match, especially if he scores a late entry into the event.

“I’d love AJ Styles to win, but we know that’s not going to happen.” (@KGTizzle)

Ever since WWE broke up his tag team with Omos, AJ Styles has been on a roll. Every match he has had on Raw in recent weeks has been great, so it wouldn’t be surprising to see management give him a renewed push.

It’s been too long since The Phenomenal One was part of the title scene. He is one of the most talented performers of his generation and is still producing incredible work. If anyone in WWE deserves a major push heading into WrestleMania season, it’s Styles.

I could see this coming down to Styles and Omos in the ring as the final two competitors. Omos would think he has it in the bag but as we know, tall guys don’t usually do well in Battle Royals.

Styles could toss him out to avenge his loss from a few weeks ago and earn a title shot at the same time. The question of which belt he would chase would have to be dealt with later.

There were a lot of people on our crowd-sourcing post calling for Ronda Rousey to win, but there were just as many saying—in ways we won’t reprint here—that they did not want her to win.

The former UFC star is a controversial figure among WWE fans. Some love the legitimacy she brings to her matches, while others don’t like WWE relying on part-timers in any division.

If Rousey did win the women’s Rumble match, WWE might try to remake the Triple Threat she had with Becky Lynch and Charlotte Flair at WrestleMania 35, but that would require both women to retain their titles between now and The Show of Shows on April 2-3.

While it would certainly get a lot of mainstream media attention, Rousey winning would make a lot of people unhappy. It’s a toss-up between capitalizing on her star power and keeping the crowd happy.

“I feel like you can’t go wrong with Liv.” (@rmontgomery5)

Liv Morgan’s booking over the last few months has been strange. WWE clearly wants to push her but doesn’t want to take the Raw women’s title off of Becky Lynch.

Winning the women’s Rumble match would be a huge moment for Morgan and set her up to take the Raw Women’s Championship at WrestleMania 38, but WWE might be better served going in a different direction.

The former Riott Squad member is already over with the crowd. Giving this win to someone who is more of a surprise choice might be the better way to go, especially if the company wants to get the most out of this moment.

Morgan would be a great choice but only if WWE is going to follow through with its commitment to her this time. Giving her another title shot only to have her lose again would derail all the progress she made in 2021.

Bayley was another name that popped up several times in the comments.

She has been out of action since July due to injury but has teased a return on social media, so there are a few reasons to think she might be in the women’s match on Saturday.

With so many spots still open in the women’s Rumble, we know there are going to be at least a few surprises. Bayley is a logical choice for one of them.

Not only was she doing some of the best work of her career before she was injured, but she grew into one of the best heels in all of WWE. If she returns, the response might be too positive to keep her as a villain.

Bayley winning after returning from a long injury would be too much of a feel-good moment to expect any kind of heel reaction.

WWE has never had someone win back-to-back women’s Rumbles yet. If anyone was going to be the first to do it, Bianca Belair would be a great pick.

Unfortunately, Sasha Banks is out with an injury and will be unable to compete at the show, according to WWE.com.

You might be joking, but I would mark out for this definitely.

Moose isn’t Mickie James. WWE is not going to open the “forbidden door” for him. Sorry.

How dare you put this idea out into the world. If this happens, you get the blame for mentioning it.

At this point, I have my doubts that Veer will ever debut. WWE is just going to turn him into a permanent meme because every time he doesn’t show up, he trends on Twitter.

I hate that you might be right about this.