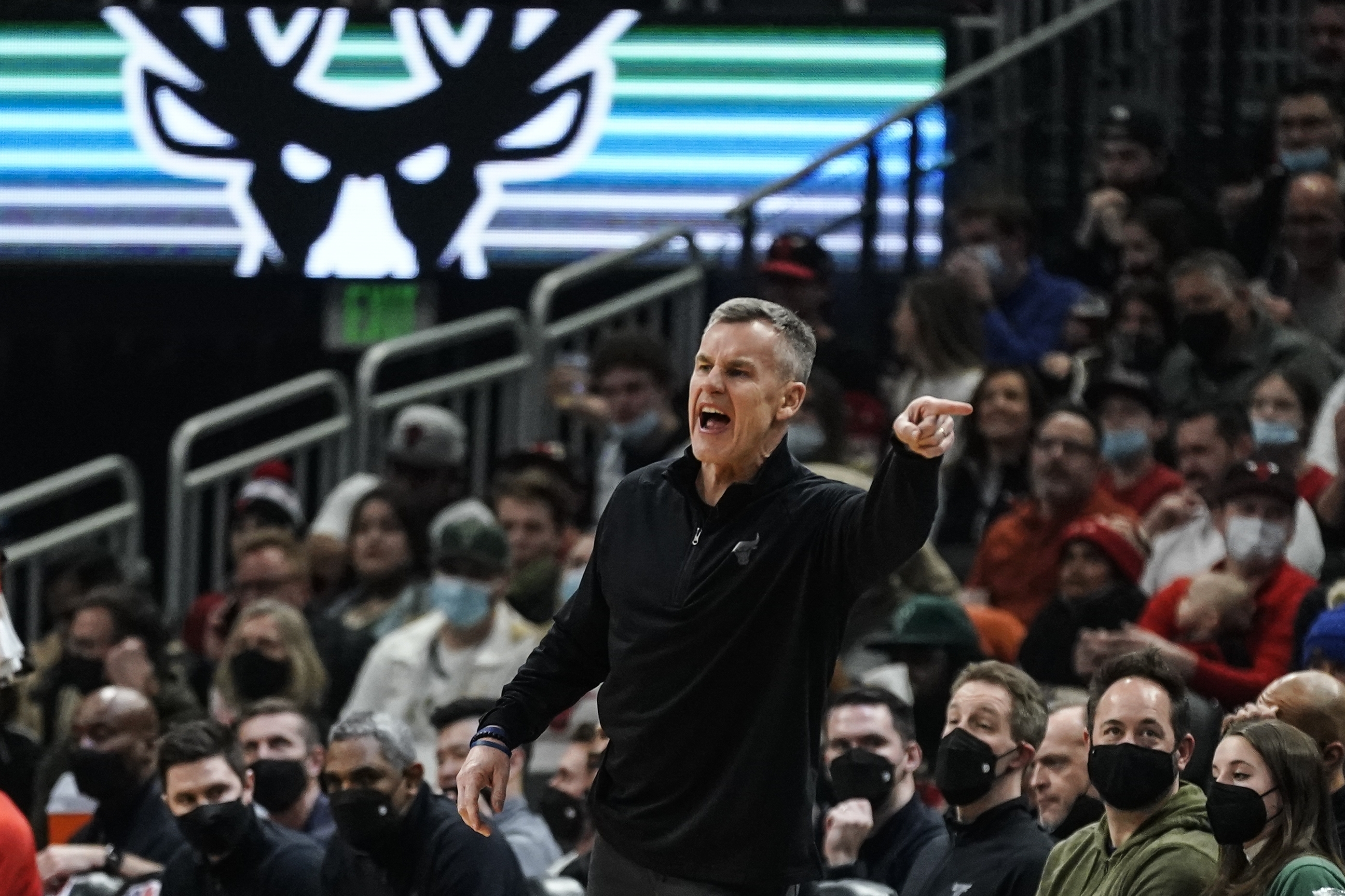 Grayson Allen draws a flagrant 2 for a HARD foul on Alex Caruso <a href=”https://t.co/NjCJEzo7zu”>pic.twitter.com/NjCJEzo7zu</a>

K.C. Johnson of NBC Sports Chicago provided Donovan’s thoughts on the play as well as Allen, who was ejected in the third quarter of the Bucks’ 94-90 home win:

Here is Billy Donovan’s full answer when asked about Grayson Allen’s flagrant-2 foul on Alex Caruso and ejection.<br><br>It should be noted this is very uncharacteristic of Donovan to single out a player like this. <a href=”https://t.co/70UZFSMi85″>pic.twitter.com/70UZFSMi85</a>

<a href=”https://twitter.com/hashtag/Bucks?src=hash&amp;ref_src=twsrc%5Etfw”>#Bucks</a> head coach Mike Budenholzer said Grayson Allen went to block Alex Caruso’s shot and it wasn’t malicious.<br>”I think it’s a close call and they went with Flagrant 2 and I’m not going to disagree. It’s right on the border and that’s the direction they went” <a href=”https://t.co/Psl93qTwzu”>https://t.co/Psl93qTwzu</a>

Caruso was initially shaken up after the hard fall, but he was able to finish the game. He told reporters afterward that he was a little banged up and had a sore wrist. X-rays turned out to be negative.

The guard didn’t have any comments in response to Donovan’s remarks, most notably about his coach saying that Allen “has a history of this.” A reporter asked if Allen came to check on Caruso, to which the Bulls guard said he did not.

Allen, a former Duke star, was suspended from the basketball team in Dec. 2016 after he was caught tripping a player for the third time during the 2016-17 season.

Referees ejected Allen from a summer league game for back-to-back flagrant fouls while he was with the Grizzlies.

Ricky O’Donnell of SB Nation provided a full breakdown of Allen’s past history in a July 2019 piece with accompanying videos.

Allen’s NBA image has been cleaner than the one at Duke, but his former reputation might be resurfacing after his midair collision with Caruso.