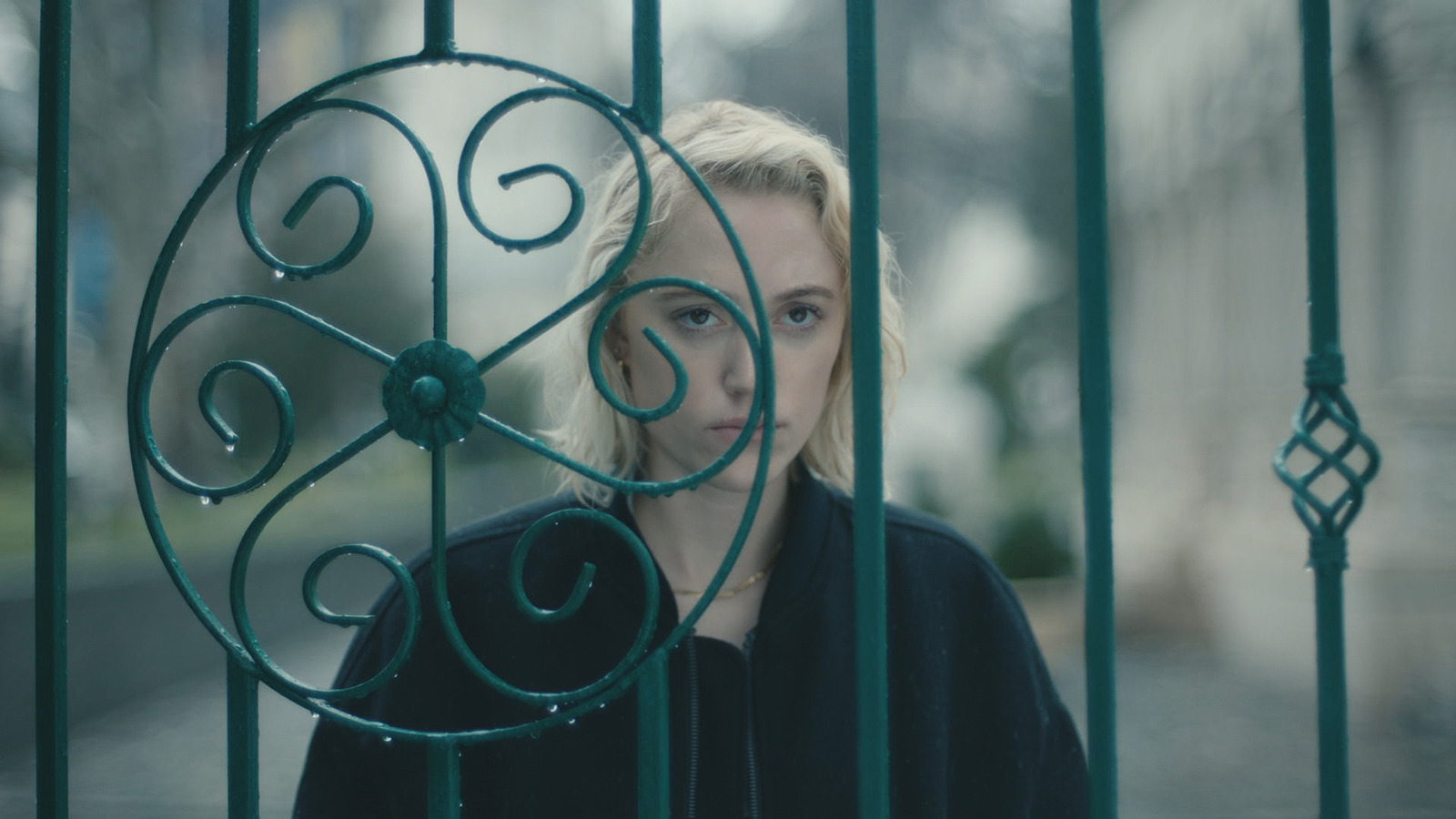 
“Watcher” recalls films like “Rosemary’s Baby” — stories of women alone in big cities, convinced that dark forces are aligning against them while their friends and family accuse them of being hysterical. Francis, who seems to be a rather bad husband, has no patience for Julia’s claims. He tries to be supportive for approximately ten seconds before immediately assuming Julia is imagining things. As far as Francis sees things, Julia is simply lonely and afraid of their new city and allowing her troubled thoughts to get the better of her.

But Julia will not be swayed. She keeps trying to prove she’s correct, and that the watcher is bad news. And … well, that’s it, really. The most remarkable thing about “Watcher” is how slight it is. While I wouldn’t call this film boring, it doesn’t add up to much until a big climax. The impression one gets is that director Okuno assumes that the film’s scenery will do all the heavy lifting. In other words, this is a thriller that thinks mood and atmosphere are a substitute for genuine thrills. And they’re not. They can get you halfway there, but there needs to be something more. Instead, we’re treated to scene after scene of Julia growing alarmed, telling people what she’s alarmed about, and then having those people eye her warily. Over and over again.

Monroe is adequate as the troubled Julia, but she’s not given much to work with. Gorman, as the mysterious man who may or may not be the watcher (and the Spider) fairs a bit better, particularly in a late scene in which he and Julia have a conversation and he makes a fairly convincing case for his innocence — all while still seeming just a little too strange, too creepy, for his own good. The film itself is awash in a gold and gray color scheme; lights never seem bright enough, and large portions of rooms are awash in shadow. And the unsubtitled dialogue of the characters around Julia does a fine job of making Julia feel all the more alone. It’s all appropriately eerie and off-putting, but never quite as satisfying as it should be. Watching “Watcher” isn’t a complete disappointment, but it sure would be nice if there was just a little more to look at.

Why States Will Continue To Regulate Bitcoin Use