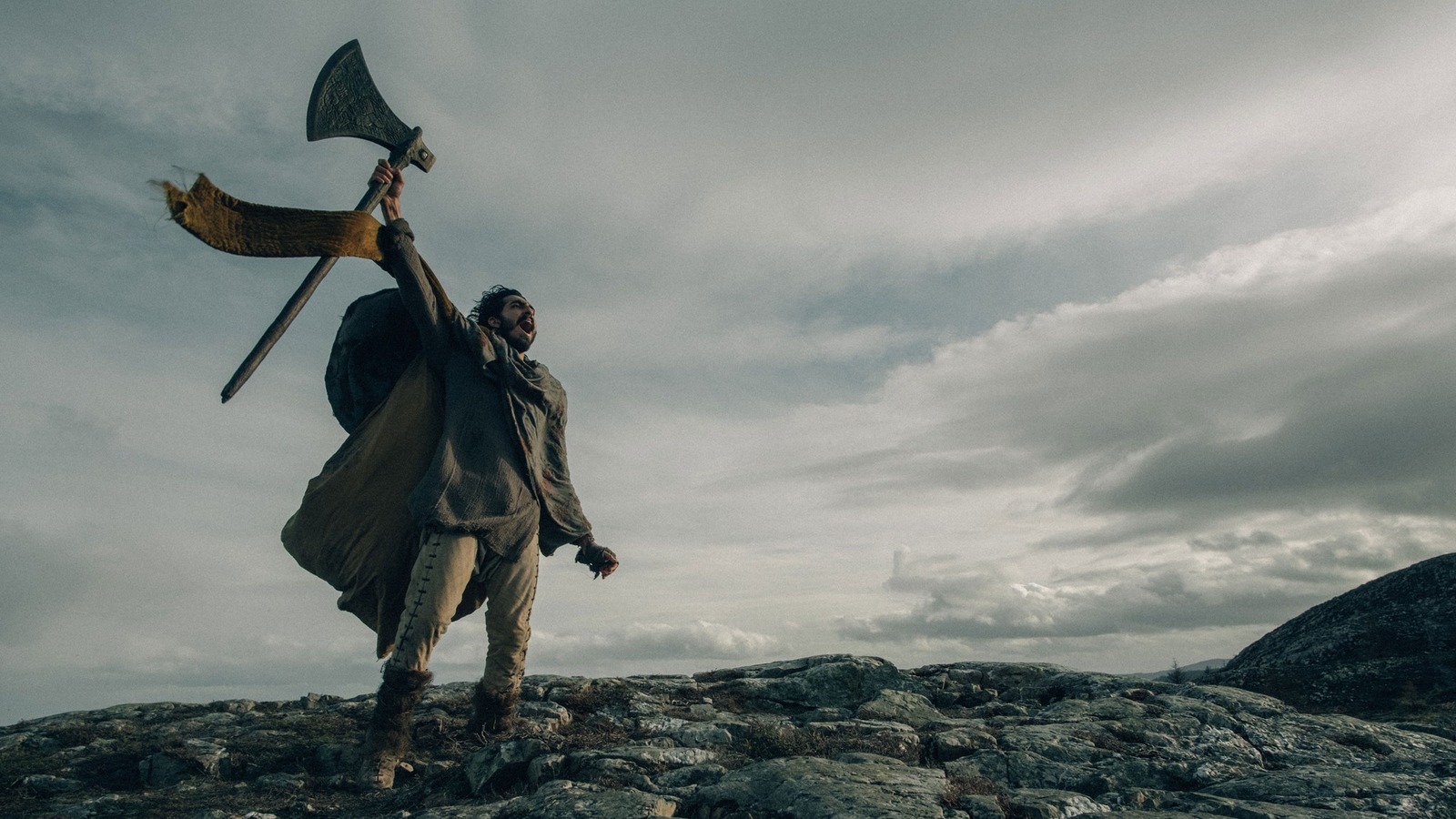 
You got to write lyrics in Middle English, too, right?

As a songwriter, what’s it like writing in Middle English?

It’s so much fun. It totally takes me out of my head because I have to think in another language. I don’t know, shakes up the brain a bit. I like that. It required some research because I didn’t know anything about Middle English when I started. Made myself a little dictionary of words that I liked when I read and listened to poetry being read in Middle English, words that I like the sound of or the spelling of that were different from the way that we say things today. That was really fun to explore. I didn’t know that there was such a heavy Scandinavian influence on Middle English that is essentially gone from modern English. So instead of “nightingale,” it’s “nyghtyngale.” Instead of “treasure,” it’s “tresour,” and instead of “blood,” it’s “blud.” Makes for some exciting new rhyme.

Have you kept up practicing your Middle English? It sounds very good.

No, I haven’t, except in interviews. I haven’t thought about Middle English much since I finished working on the film last year. I imagine it’ll stay in there. Like, one of the other languages that’s used a bit is Hildegard’s Lingua Ignota. Hildegard was a German nun and lived in the 1100s, and she invented her own language. She called it Lingua Ignota. It’s a combination of Latin and German and some other less identifiable sounds. And that I had worked in, Lingua Ignota, when I was working on the TV show version of “The Exorcist” for Fox about five years ago. I did the music for season 1 of that TV show, and the guy in charge of that show, Rolin Jones, he wanted some Hildegard-esque music in a couple scenes.

So I spent time reading about Lingua Ignota and then learning some of the vocabulary that has survived the last 900 years. So when I came to “The Green Knight,” that should — we have witches, and it’s the 1400s. So, they’ll definitely know about Hildegard and they’ll love the fact that she came up with her own language. So that should definitely be in there. I imagine that in the future, there’ll be some time when I’m like, “Oh, Middle English. I should come back to that again” for whatever this is that I’m working on.

How did your classical training, as a violinist, come into play with “The Green Knight”?

Yeah, I am classically trained, but the music that really got me passionate about being a musician was experimental rock and roll and jazz, and I love to improvise. So I feel like all of my musical experiences inform my film scoring, and that includes my classical training, but it also includes all the bands that I played in the 2000s and the 2010s, and a lot of the jazz that I studied and played in little trios and restaurants when I was trying to pay the bills. The classical stuff, like that violin arpeggiando thing, that’s directly from my classical training. It’s a tool in my toolbox that I can call on. And I played in the Greater Dallas Youth Orchestra when I was growing up. A lot of the music that we played in that orchestra, or stuff that I played in all-region orchestra when I was in high school, is music that is going to be in my brain forever. I’m borrowing from those composers when I’m approaching film music all the time, intentionally or unintentionally.

How were your touring days?

I was really, really lucky as a touring musician to play in bands that opened for some of my heroes, like some of the best music that I think has ever been recorded.

I was in the Polyphonic Spree when they opened for David Bowie. I was in this band called Other Lives, and we opened for Radiohead. And in both cases, a month on the road with David Bowie and a month on the road with Radiohead, I don’t know how it gets better than that. Both of those artists probably look very glamorous, but it’s really just a job. It’s the best job, but it is still a job. And this wouldn’t be true for bands at those levels, for Bowie or Radiohead, but for the opening bands that I was in, we’re just spending much of our time just driving to get to the next place and then lifting a lot of heavy equipment, and then performing for 45 minutes or an hour, which is the best experience, and then lifting a bunch of heavy equipment and driving again.

It’s almost like we’re professional movers who have a hobby of playing music. That’s a lot of how it felt to me. But when I was on the road with other bands, like as a gun for hire, bands that were not my own, I did a lot of writing in the van, like writing songs in the van. I have very fond memories of that time. It’s a grind, those long drives. It’s not easy. It’s not easy on the body, but I have really fond memories of working on music on tour and coming up with stuff in the back of a van.

You toured with St. Vincent for years, too, right?

The first two albums I toured on, and then I played on the third album, but did not tour on that one. Yeah, that was my musical education. That was incredible. I mean, it was pretty scrappy at the beginning. Nowhere near the level of popularity that St. Vincent’s at now. But towards the end of my time touring, like on that second album, David Byrne really fell in love St. Vincent. And so, we did some collaborations with David Byrne, and we did a concert in New York at Lincoln Center where David Byrne joined us for a song. There was a section of that song where I was singing harmonies with David Byrne. I doubt that David Byrne knows my name or knows who I am, but that was very meaningful for me.

I feel like David Byrne just knows everything about music, so I think he’d know you.

It could be. It could be. Yes, I don’t know. I haven’t seen him since that time, but he could very well know everything.

Is Bitcoin Nomadism Right For You?

The Art of Dressing Efficiently