Winter storm to hit northeast US with foot of snow : NPR 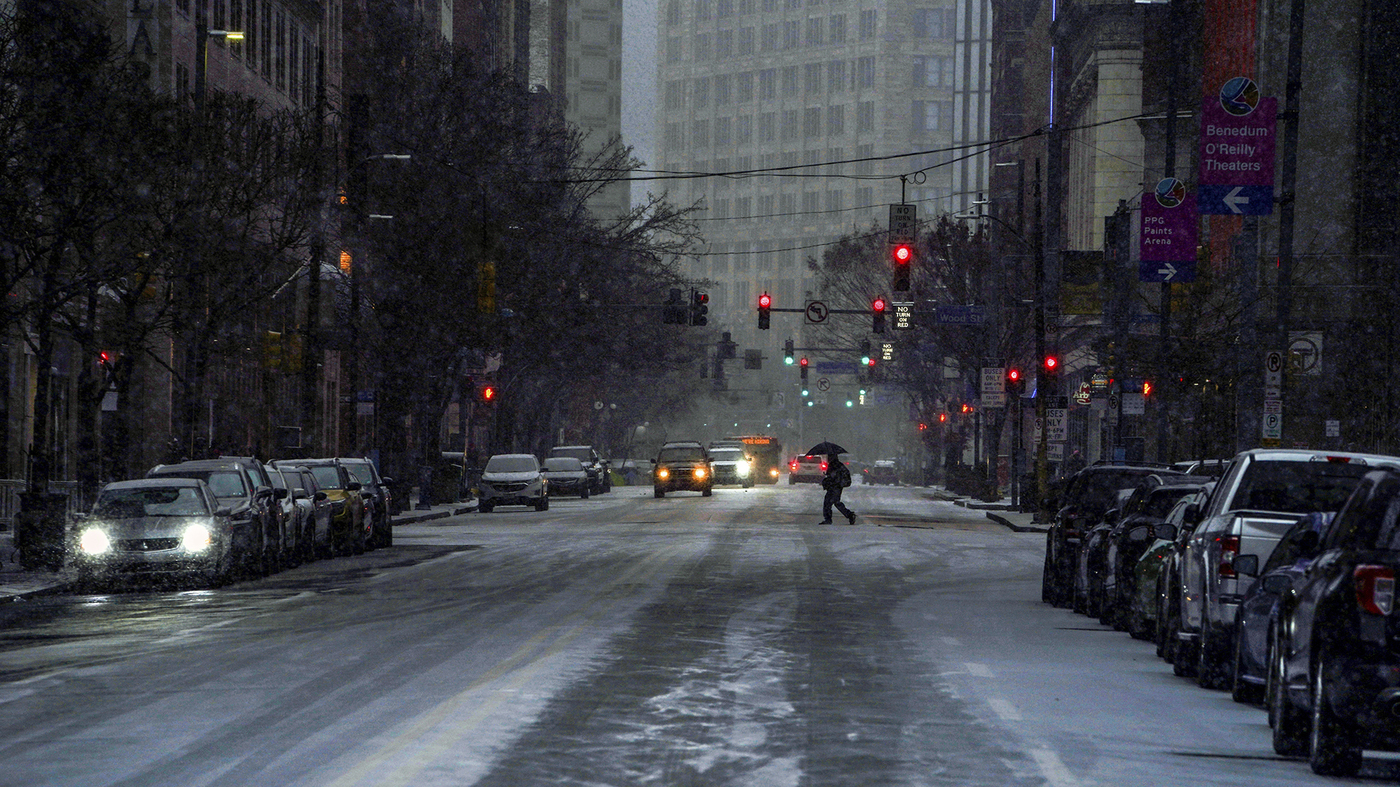 A pedestrian uses an umbrella as they cross Liberty Avenue, in downtown Pittsburgh, as snow begins to fall during a winter storm that will impact the region on Sunday night, Jan. 16, 2022.

A pedestrian uses an umbrella as they cross Liberty Avenue, in downtown Pittsburgh, as snow begins to fall during a winter storm that will impact the region on Sunday night, Jan. 16, 2022.

A foot (30 centimeters) of snow was forecast for parts of New England, New York state, Ohio and Pennsylvania through Tuesday morning.

New York City and Boston were spared the heaviest snowfall, which was accumulating at higher elevations in western Massachusetts, eastern Pennsylvania and parts of New England. A severe thunderstorm warning remained in effect for New York City early Monday, and high winds made travel treacherous across the region.

“We’ve had a very strong area of low pressure that’s kind of moved up the coast, with pretty heavy snowfall accumulations from Tennessee, North Carolina all the way into the northeast,” said meteorologist Marc Chenard at the weather service’s headquarters in College Park, Maryland.

The highest snowfall accumulations so far have been in the North Carolina mountains, at over a foot, Chenard said. “The bigger cities — New York, Boston — it’s warmed up, it’s rain there,” he said.

The howling winds spread a fire that destroyed a motel and two other structures in coastal Salisbury, Massachusetts, early Monday.

Sleet and rain were the main threats for much of Massachusetts, Connecticut and Rhode Island. Periods of snowfall transitioned to rain overnight. NWS meteorologists in Boston said wind gusts could reach 70 mph (113 kph).

The massive winter system brought similar conditions to the Southeast on Sunday. Multiple states reported inches of snow, and severe thunderstorms in Florida spun up a tornado with 118 mph (190 kph) winds. Thirty mobile homes were destroyed and 51 had major damage. Three minor injuries were reported.

Wet roadways in the South were expected to refreeze Monday, creating icy conditions for motorists.

Plow trucks were scattered along roads and highways up the East Coast, working to clear the way for travelers. Some crashes were reported in the early morning hours, including an ambulance involved in a wreck on Interstate 279 in Pittsburgh, KDKA-TV reported. It was unclear whether anyone was injured.

How to Go (Far, Far) Away—and What to Do There

Walmart trademarks suggest it will launch a cryptocurrency