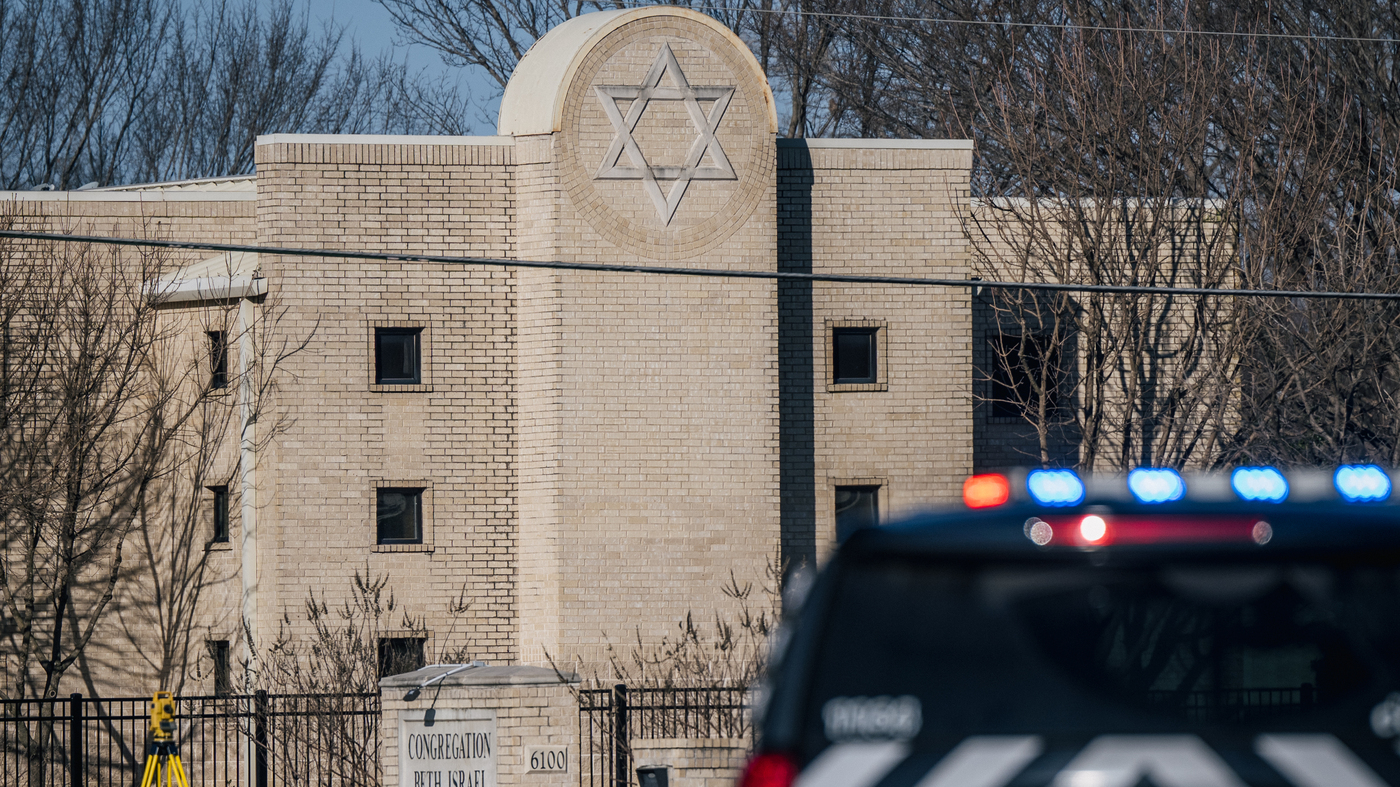 The man who took hostages at a Texas synagogue on Saturday and died after a stand-off with police was 44-year-old British citizen Malik Faisal Akram, the FBI said in a statement on Sunday.

There was “no indication” that other individuals were involved in the incident, the bureau added.

The 10-hour standoff in the city of Colleyville, just outside of Fort Worth, ended when a hostage rescue team breached the synagogue and saved the three hostages. One other hostage had been freed earlier.

Akram died on the scene, though the FBI did not say how.

Officials in the United Kingdom condemned the violence and expressed solidarity with the U.S. after learning the news that the hostage taker was a British citizen.

“My thoughts are with the Jewish community and all those affected by the appalling act in Texas. We condemn this act of terrorism and anti-semitism,” Liz Truss, the U.K.’s Foreign Secretary, said in a tweet. “We stand with US in defending the rights and freedoms of our citizens against those who spread hate.”

A spokesperson for the Foreign, Commonwealth and Development Office said the office was aware of the death of a British man in Texas and was in contact with local authorities.

‘This was an act of terror’

President Joe Biden said during a visit to Philadelphia on Sunday that the incident was an “act of terror” and condemned antisemitism.

“I wanted to make sure we got the word out to synagogues and places of worship that we’re not going to tolerate this,” said Biden, who also praised the efforts of federal and local law enforcement.

The hostage taker could be heard on a Facebook livestream of the Shabbat service demanding the release of Aafia Siddiqui, a Pakistani neuroscientist serving an 86-year sentence in a Texas federal prison, the Associated Press reported.

Anna Eisen, one of the founding members of the Congregation Beth Israel synagogue, told Weekend Edition Sunday that she turned on the livestream from home when she heard what was happening.

“I stayed glued to the computer. At times I really felt like I wanted to walk away,” she said. “It was so terrifying, because everything was live and people’s lives were at stake and every minute could have been that things would turn in a bad direction.”

Eisen said the synagogue takes security seriously and has a close relationship with local law enforcement.

“Just like other government institutions, churches, synagogues, public schools, this has become part of the everyday operations … to just be aware and be prepared,” she said.

How hospital staff navigate impossible ethical decisions during a COVI