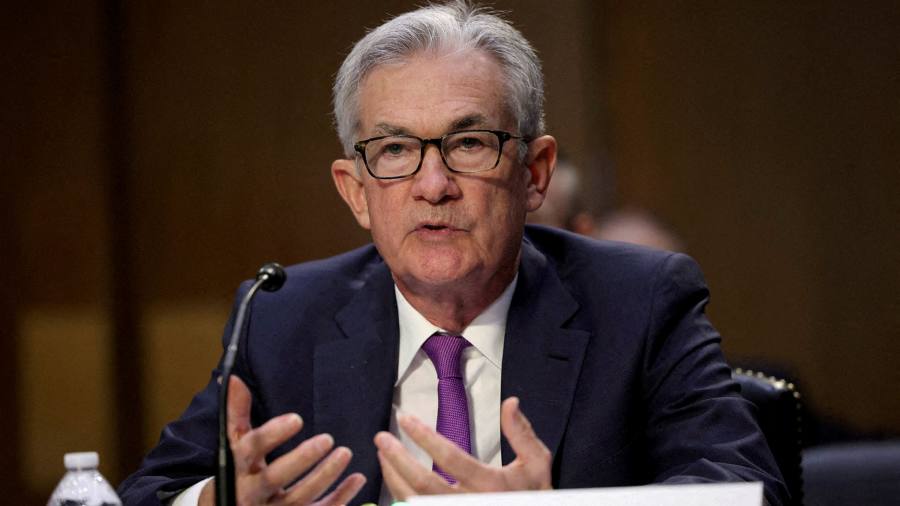 
The Federal Reserve is prepared to take action to ensure elevated inflation does not become entrenched, chair Jay Powell will reiterate to US lawmakers during his confirmation hearing on Tuesday.

In testimony to be delivered to the Senate banking committee, Powell — who was nominated by President Joe Biden in November to serve a second term leading the US central bank — will nod to the speed of the economic recovery, the strength of the labour market and the costs imposed by high inflation.

“The economy has rapidly gained strength despite the ongoing pandemic, giving rise to persistent supply and demand imbalances and bottlenecks, and thus to elevated inflation,” he said in prepared remarks.

“We know that high inflation exacts a toll . . . we will use our tools to support the economy and a strong labour market and to prevent higher inflation from becoming entrenched,” he added.

Powell is set to testify ahead of the latest inflation report, which on Wednesday is expected to show the consumer price index rising at an annual clip of 7 per cent, the fastest pace in four decades.

Powell underscored the importance of flexibility in the Fed’s approach and argued that monetary policy must take a “broad and forward-looking view, keeping pace with an ever-evolving economy”.

When Biden announced Powell’s renomination in November, he made clear that containing inflation was a top priority of his administration. He added that he saw Powell and Lael Brainard, the central bank governor he tapped for the role of vice-chair, as best placed to steer the US economy towards a more robust recovery.

“I believe Jay is the right person to see us through and finish that effort while also addressing the threat [that] inflation . . . imposes [on] our families and to our economy,” Biden said at the time.

In the weeks that followed the nomination decision, the Fed embarked on an abrupt policy pivot, jettisoning its characterisation of inflation as “transitory” and instead embracing a more aggressive approach to ensure higher US consumer prices do not become entrenched.

Not only did the Fed accelerate how quickly it is winding down its stimulus programme, but it prepared financial markets for the prospects of three interest rate increases this year and a move to shrink the size of its massive balance sheet at some point in 2022.

Economists now expect the Fed to commence “lift-off” in March and begin reducing its portfolio of securities soon afterwards — a sequence many senior officials have since publicly backed.

Goldman Sachs predicts subsequent rate increases in June, September and December after the March move. It expects the Fed to cease reinvesting the proceeds from its maturing securities in July.

Minutes from December’s policy meeting also signalled a similar timeline, with the record indicating policymakers see interest rate increases “sooner or at a faster pace” than initial estimates as potentially warranted given the speed of the economic rebound.

New jobs data on Friday, which showed the unemployment rate plummeting below 4 per cent despite a sharp slowdown in the pace of monthly jobs gains for December, further emboldened bets of a March rate rise.

Wage growth has also moved up sharply, as a record number of Americans quit their jobs. Economists say the economy is close to, if not already at, maximum employment, the second goal set forward by the Fed to gauge the appropriate time to move its main policy rate away from zero.

The first goal, for inflation to average 2 per cent over time, has been “more than met”, Fed officials have said.

Powell has previously justified the Fed’s hawkish shift despite the fact that there are still 3.6m fewer jobs than prior to the pandemic by arguing that stable prices are essential to a long and steady economic recovery.

In choosing Powell, who is a Republican and first appointed to the role in 2017 by former president Donald Trump, Biden rejected criticism from the progressive wing of his party about the chair’s regulatory record — which they said led to a dilution of the post-global financial crisis rules guiding the nation’s largest banking institutions. They also took issue with Powell’s stance on issues related to climate change and instead called for a leader who would take a more proactive approach to thinking about related financial risks.

Powell is also likely to face questions about the trading scandal that erupted under his watch and was reignited last week when new disclosures from Richard Clarida, the vice-chair, indicated he was more active in financial markets than he first revealed.

Clarida, whose four-year term was set to expire at the end of the month, announced on Monday he is stepping down from his position this week.

The Fed in October announced rules that significantly curtailed the transactions of senior staff, but the latest trades, which occurred around highly sensitive policy decisions in the early days of the pandemic, has again tarnished the central bank’s credibility.

Clarida is set to be replaced by Brainard, who will face the Senate banking committee on Thursday for her confirmation hearing.