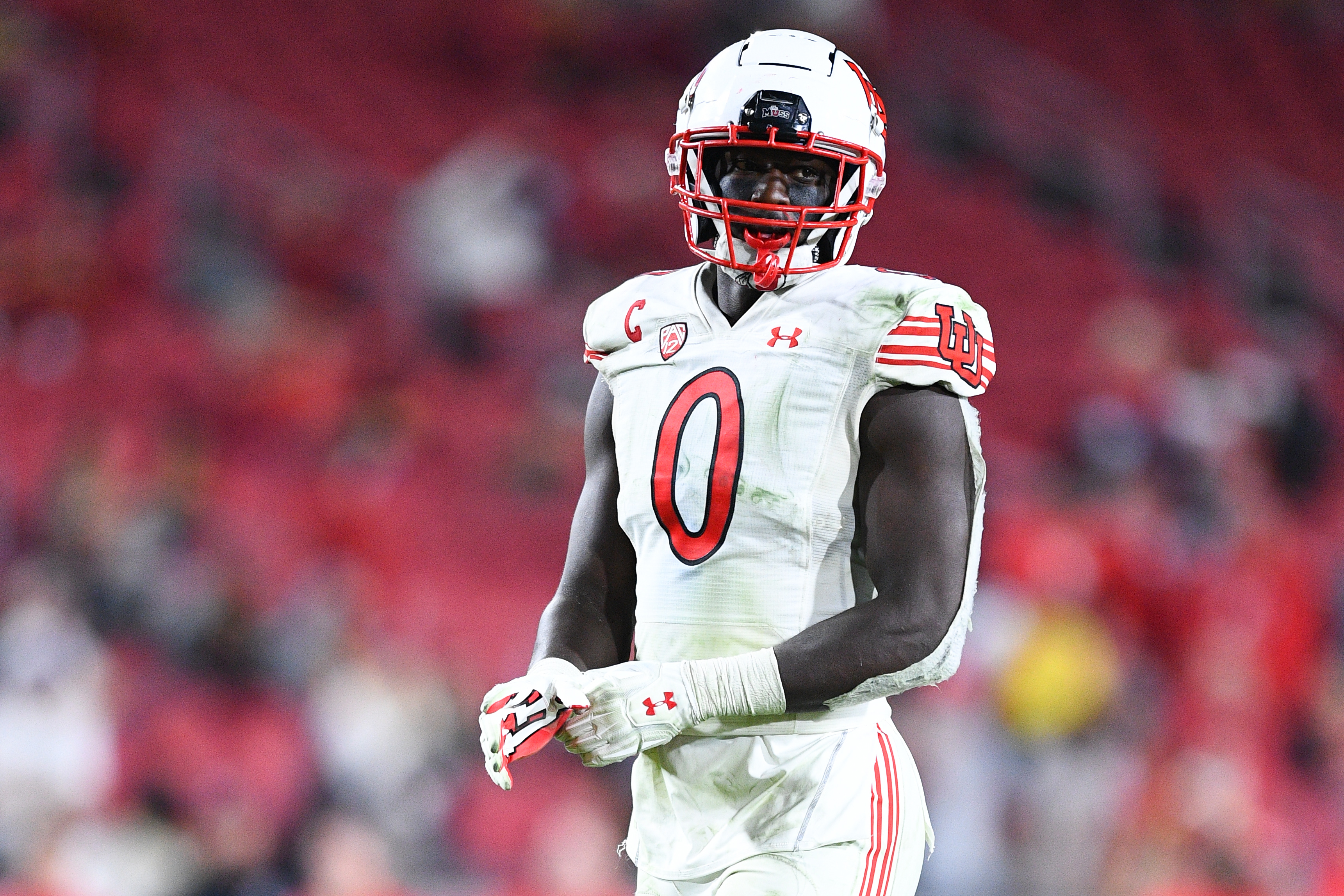 — Good speed and range. Can play sideline-to-sideline as well as in space as a coverage defender.

— Great eyes and trigger against the run. Consistently reaches landmarks before blockers do.

— Does not false step. Always moving the right direction and gains ground toward the line of scrimmage.

— Excellent at beating blocks in space. His combination of length and lateral quickness is effective.

— Above-average eyes and awareness in zone coverage. Understands the picture developing behind him.

— Can play snaps on the edge. Above-average at setting the edge for a linebacker.

— Long-legged and plays flat-footed. Can make his change of direction clunky at times.

— Too often stops his feet and lunges to tackle.

— Average, at best, physicality when taking on blocks downhill. Can get buried against pulling concepts.

— Played receiver, safety and punter in high school before converting to linebacker in college.

Devin Lloyd is the epitome of the modern linebacker. A former safety and receiver, he sports a lean, lanky build that functions best in space. Lloyd saw time at both “Mike” and “Will” in the Utah defense but projects mostly as a “Will” in the NFL.

He has the sideline-to-sideline range to consistently contain perimeter runs and screens, as well as take advantage of run-throughs as the weak-side chase player. Lloyd’s speed and quickness are made better by his reliable eyes and trigger against the run. It is clear that Lloyd takes good inventory of an offense’s core concepts out of certain formations.

In coverage, Lloyd is well ahead of most college linebackers. His comfort in feeling out routes behind him, particularly as the hook player, is solid and allows him to consistently close windows in zone coverage. Lloyd also has the speed and length to match up with all kinds of body types and positions in man coverage.

The limiting factors to Lloyd’s game are his hot-and-cold physicality and clunky lower-body mechanics. When working downhill against the run, he too often shies away from contact and allows himself to get swallowed by blocks in tight areas, particularly against pulling linemen.

Lloyd’s long legs and flat-footed play style also contribute to his redirection in space being clunky at times. He also struggles to run through the ball-carrier when tackling because it’s tough for him to make slight adjustments to his path, often resulting in him stopping his feet and lunging.

Overall, Lloyd’s high-end play in space and ability to cover in all kinds of assignments will make him a good “Will” in the NFL. He has Pro Bowl potential that could get turned up another notch if he learns to play with more violence downhill.