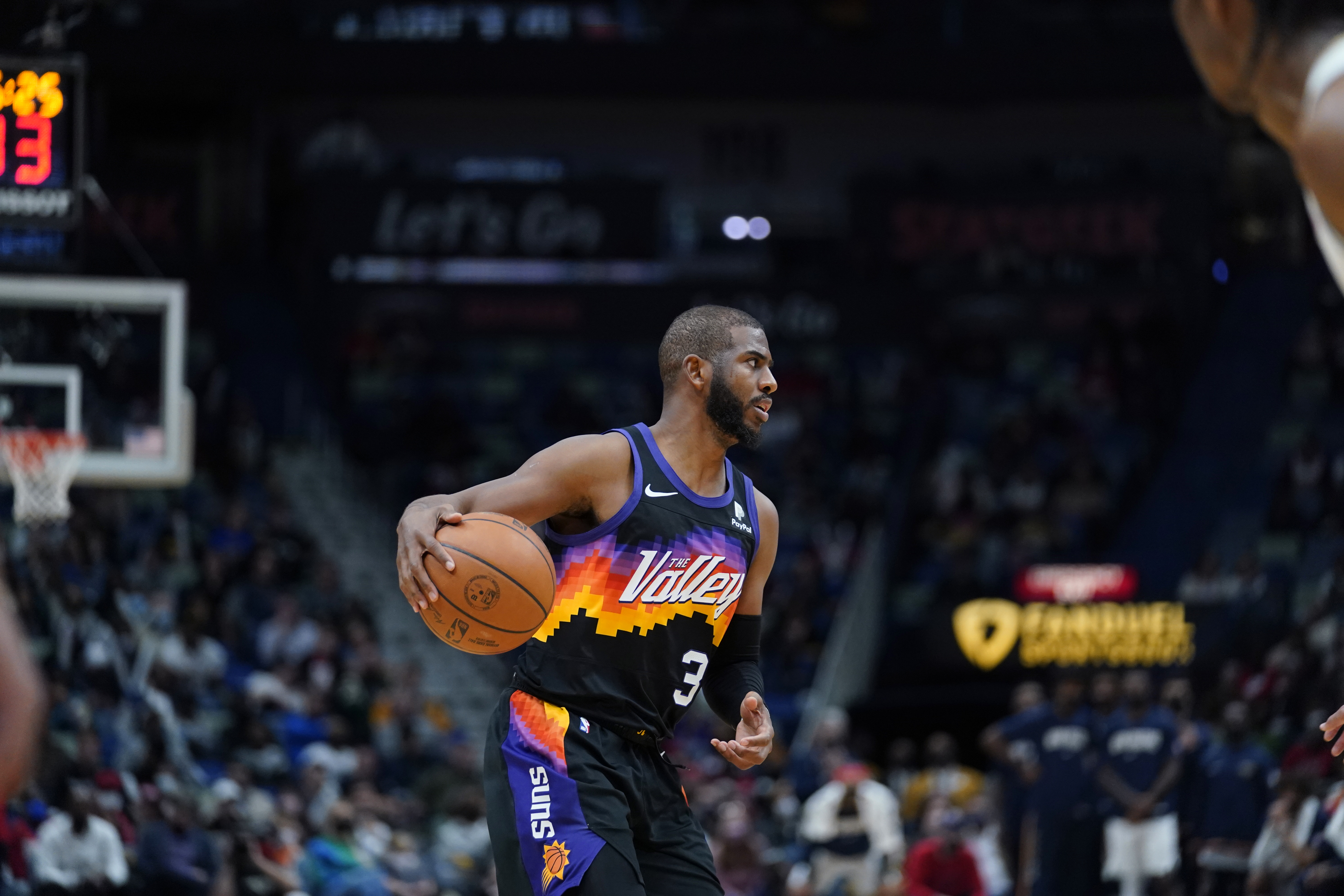 The Phoenix Suns are back on track.

Phoenix has now won three in a row after a brief 1-3 blip thanks to a 106-89 victory over the Los Angeles Clippers in Thursday’s Western Conference showdown at Footprint Center. Chris Paul led the way with a triple-double and career-high 13 rebounds for the Suns, who improved to 30-8 and bounced back from their previous loss to the Clippers.

Devin Booker struggled with his shot throughout the game, but he added a double-double while Cameron Johnson spearheaded the scoring effort.

A solid showing from Marcus Morris Sr. in Paul George’s absence wasn’t enough for Los Angeles, which fell to 19-20 overall and 3-8 in its last 11.

There won’t be many easier opportunities for the Suns to defeat a potential Western Conference contender than Thursday’s game, considering they were at home against a Clippers squad missing Kawhi Leonard and George.

Even without Deandre Ayton, Jae Crowder, Landry Shamet and JaVale McGee, Phoenix wasted no time setting the tone while jumping out to a 16-point halftime lead.

Perhaps the most encouraging thing for Phoenix is the fact it was players outside of Booker and Paul who carried the offense for stretches. While Paul facilitated like he always does, he and his backcourt running mate were a combined 5-of-18 from the field in the first half.

Cam finding his spots. <a href=”https://t.co/FBqYXEdz1r”>pic.twitter.com/FBqYXEdz1r</a>

That was still no problem with Johnson finding his stroke from deep and Cameron Payne providing a spark off the bench with his ability to get into the lane and either finish or set up teammates.

While the role players building confidence in these games before the stretch run and playoffs is key, the offense also went ice cold for a time in the third quarter, with Booker forcing the issue. That allowed the Clippers to remain within striking distance even though Paul darted his way through the defense multiple times to find something of an individual rhythm.

It foreshadowed what was to come, as the future Hall of Famer went into takeover mode with around five minutes remaining. After the Clippers trimmed the lead to four, he drilled a clutch three, grabbed an offensive rebound, drove the lane and found a cutting Johnson for a layup, corralled a defensive rebound, and hit Jalen Smith with a beautiful bounce pass.

Phoenix was up double digits again just like that in a stretch that served as a reminder one team had its stars available and the other didn’t.

The Clippers are championship contenders at full strength, but they’ve labored through an inconsistent regular season filled with injuries and setbacks.

Thursday was an opportunity to pick up critical ground against a Western Conference contender, but it was clear from the start that likely wasn’t going to happen.

Los Angeles fell behind by as many as 19 in the first half as its offense was nowhere to be found for extended stretches. While Morris at least got into the lane and provided some scoring, the team as a whole was an ugly 3-of-18 from three-point range in the first half alone.

The depleted bench struggled to cut into the lead or keep playmakers such as Payne in check, and the lack of firepower quickly became a problem for the outmatched squad.

It would have been easy for the Clippers to fold and start looking ahead to the next game, but they clawed their way back to within single digits in the third quarter. That was largely a credit to their team defense that swarmed Booker and cut off his driving lanes, but Morris and Reggie Jackson continued to carry the offense to at least give the visitors a chance to win in the fourth.

Players such as Brandon Boston Jr., Justise Winslow and Amir Coffey continued to scrap on the defensive end and provide some secondary scoring as Los Angeles started to frustrate both the Suns and their fans.

Ultimately, Los Angeles didn’t have a counter to Paul in crunch time. That is where Leonard or George would typically come in, and even a strong comeback push from the role players wasn’t enough at the end.

Both teams are home Saturday when the Suns face the Miami Heat and the Clippers host the Memphis Grizzlies.