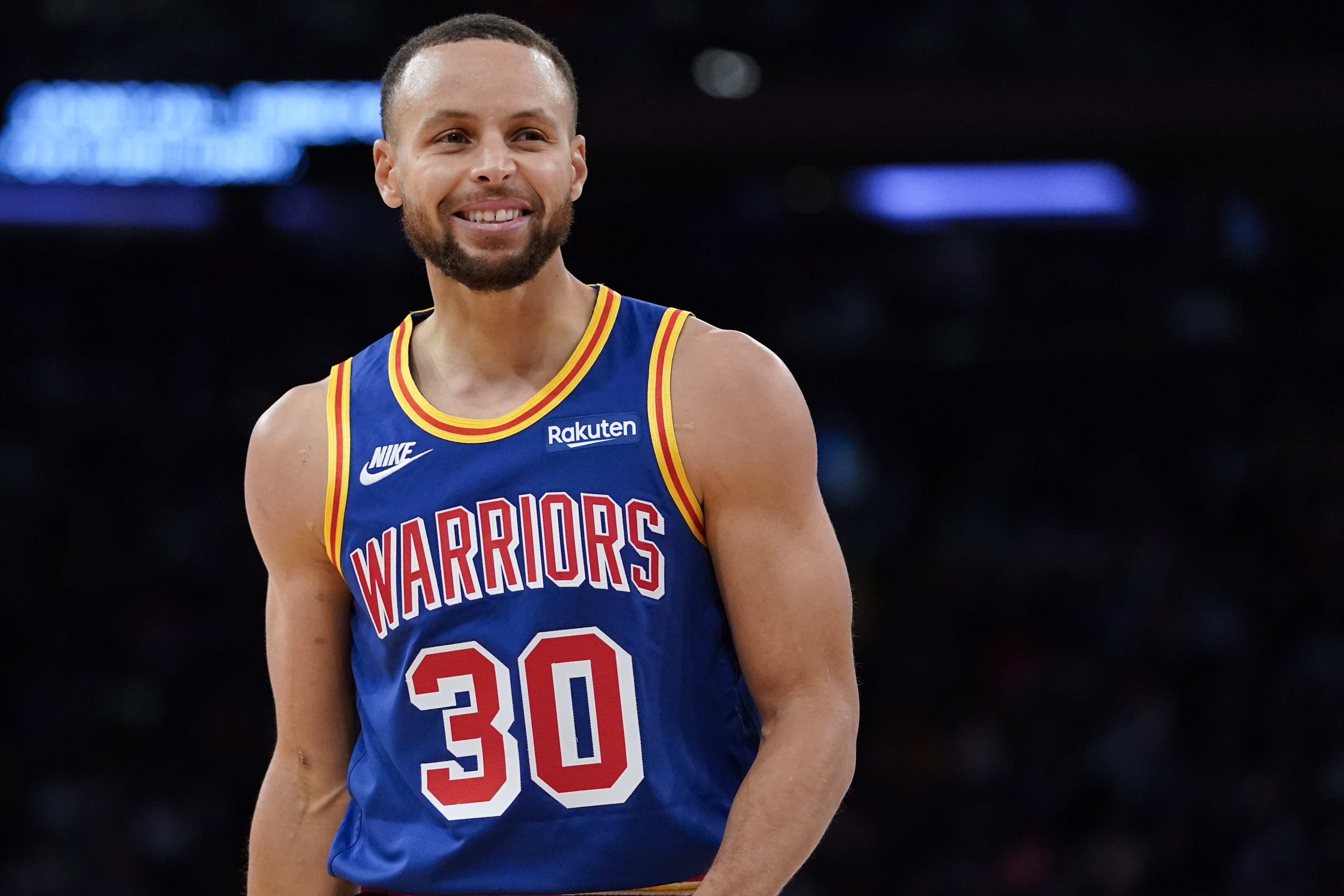 Stephen Curry and Kevin Durant lead the first round of voting for the 2022 NBA All-Star Game released on Saturday.

Curry leads all players with 2,584,623 votes, followed by Durant at 2,360,435. LeBron James and Giannis Antetokounmpo are the only other players who have received at least least 2 million fan votes at this point.

Curry is in line to appear in his eighth career All-Star game. The Golden State Warriors superstar has already had a notable first half, highlighted by setting the NBA’s three-point record on Dec. 14 against the New York Knicks.

H I S T 3⃣ R Y<br><br>Stephen Curry is officially the greatest shooter this game has ever seen 👏 <a href=”https://t.co/BmEhQFcJDH”>pic.twitter.com/BmEhQFcJDH</a>

In addition to that singular moment, Curry is on the shortlist of MVP candidates. He ranks fifth in the NBA in scoring average (26.8 points per game) and first in three-pointers made (5.1 per game), and he is shooting 38.8 percent from behind the arc.

Alongside Curry on the Western Conference All-Star voting leaderboard is James. Even though the Los Angeles Lakers haven’t played up to expectations, he is having another exceptional season.

James is averaging 28.6 points per game, 7.4 rebounds and 6.5 assists per game. He has only appeared in 27 games to this point, missing eight straight contests from Nov. 4-17 because of an abdominal strain.

In 19 games since Nov. 24, James has scored at least 30 points 14 times. He’s got six double-doubles and three triple-doubles during that span.

If James is selected to the All-Star team, he will tie Kobe Bryant for the second-most appearances in the game in NBA history with 18. Kareem Abdul-Jabbar holds the record with 19 All-Star selections.

Durant is leading the way for the Eastern Conference players. The Brooklyn Nets star is right next to Curry in the MVP race. He is leading the league in scoring (30.0 points per game) while shooting 51.8 percent from the field.

Nets head coach Steve Nash has had to put a heavier burden on Durant already this season than anyone would have thought coming into the year. The two-time All-Star Game MVP is averaging 37.1 minutes per game, his most in a single season since 2013-14 (38.5).

Reigning NBA Finals MVP Giannis Antetokounmpo is on track for his sixth consecutive All-Star Game appearance. The Greek Freak is having arguably the best season of his career for the Milwaukee Bucks.

Antetokounmpo ranks second in the NBA in ESPN’s player efficiency rating (32.26), and is top seven in scoring (27.9 points per game) and rebounding (11.5 per game). He is the anchor of a Bucks defense that ranks ninth in rating (108.3), per Basketball-Reference.com.

Just as the Chicago Bulls have been one of the most pleasant surprises this season, DeMar DeRozan leading all Eastern Conference guards in voting is a surprising result. He’s certainly worthy of it with 26.9 points 4.5 assists and 5.0 rebounds per game with a 49.4 field-goal percentage.

James Harden, Trae Young and LaMelo Ball are some of the heavy-hitters in the Eastern Conference backcourt mix. DeRozan’s hot start for the best team in the East has him on track to win the fan vote after the first round.

The 2022 NBA All-Star Game is scheduled to be played on Feb. 20 at Rocket Mortgage Fieldhouse in Cleveland.

Will Liz Truss pull out the stops this year to get Brexit done finally?