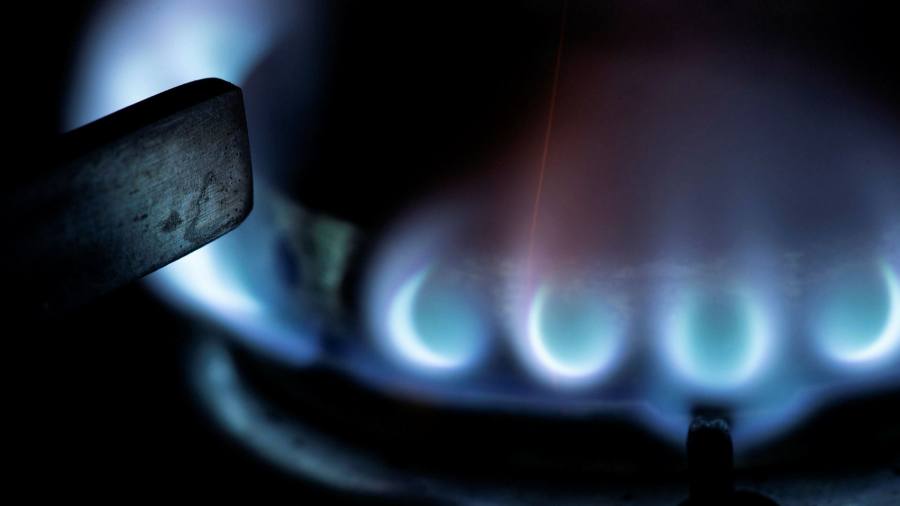 Energy companies have pitched a mechanism based on the government subsidy scheme that supports renewable energy generation as an option for protecting British households and suppliers against high wholesale electricity and gas prices, according to people familiar with the proposals.

Talks between energy suppliers and Kwasi Kwarteng, UK business secretary, will resume on Wednesday as the industry pushes for measures to aid consumers facing spiralling living costs this year, as well as to prevent further large-scale collapses in the electricity and gas retail sector.

More than two dozen energy companies have folded since the start of August under the weight of high wholesale prices.

Analysts have warned that energy bills will rise more than 50 per cent to £2,000 a year for millions of households in April when Britain’s energy price cap is adjusted by regulator Ofgem. This could plunge millions more people into fuel poverty and contribute to a cost of living crisis.

Happy New Year. What are you most looking forward to in 2022? Share with us at firstft@ft.com and we may feature your response in an upcoming newsletter. Thanks for reading FirstFT Europe/Africa — Jennifer

1. Finland insists on right to join Nato Russia’s sabre-rattling in Ukraine has reignited the debate as to whether the Nordic country should join Nato, defying Moscow’s demands that the military alliance limit its expansion in Europe.

2. EU Greens attack nuclear power ‘greenwashing’ Germany, Austria and Luxembourg have hit out at plans to classify nuclear power as a sustainable technology in the EU’s landmark “taxonomy” system for green investment, which is central to the bloc’s plans to decarbonise its economy.

3. Sudan’s prime minister resigns Two month after he was reinstated in the post, Abdalla Hamdok resigned yesterday in a televised speech, saying a new round of talks with the military was needed on a stalled transition to democracy.

4. Tesla delivers record number of new vehicles The electric carmaker blew past its own production and delivery records in the final months of last year, shrugging off supply chain and other problems to hand customers the keys to more than 308,000 vehicles.

5. Baltics’ hit record trade with Belarus despite sanctions Belarusian exports to Estonia, Latvia and Lithuania are at or close to record levels, cementing their trading relationships even as the three Baltic states take an aggressive stance on sanctions against Alexander Lukashenko’s regime.

New Johnson & Johnson CEO Joaquin Duato is set to become chief executive of J&J today, succeeding Alex Gorsky, who will move to the role of executive chair. See what else is in store for 2022 in our special edition of The Week Ahead newsletter.

Economic data IHS Market will give an idea of the health of the European manufacturing sector with December’s purchasing managers’ index. (WSJ)

M&A boom accelerates junior burnout at elite law firms Associates at the world’s top law firms have long viewed exhausting hours as part of a Faustian pact in which evenings, weekends and sleep are exchanged for eye-popping salaries. But junior lawyers have reached a breaking point as workloads soar and pandemic-induced anxiety and isolation rise.

Royal insider Anne Glenconner: ‘I’m not frightened of anything’ At birth, Glenconner has disappointed men. Ever since, they have disappointed her, so she has compensated. She spent three decades as lady-in-waiting to Princess Margaret. “It’s not that I don’t like men! But ones that are near to one are absolutely maddening,” she told Henry Mance over Lunch with the FT.

Ten economic trends that could define 2022 For a second year, the pandemic has reshaped the world, accelerating trends from population decline to digital revolution. Ruchir Sharma examines how these currents could define this year, from a slowing China to “greenflation” in commodity prices.

How to keep your New Year’s resolutions Ayelet Fishbach, a professor of behavioural science, discusses the best way to set goals — and stick to them, and offers good news for those whose ambition is to move to a new job this year. Without deadlines, what are financial pledges worth, asks Stefan Wagstyl.

Lessons at life’s midpoint Not long into the new year, Janan Ganesh will turn 40. Among his discoveries to share ahead of the milestone: go for checked luggage over carry-on, eat just once a day and the real point of romance.

The eagerness to be at live performances, in-person events and experience art that’s tangible has not gone. While pandemic uncertainty rocks the arts, here’s what to look forward to in a year of cultural highlights.

The Week Ahead — Start every week with a preview of what’s on the agenda. Sign up here