The Book Of Boba Fett, Tales Of The Jedi, Podcast & YouTube Round-Up, And More! 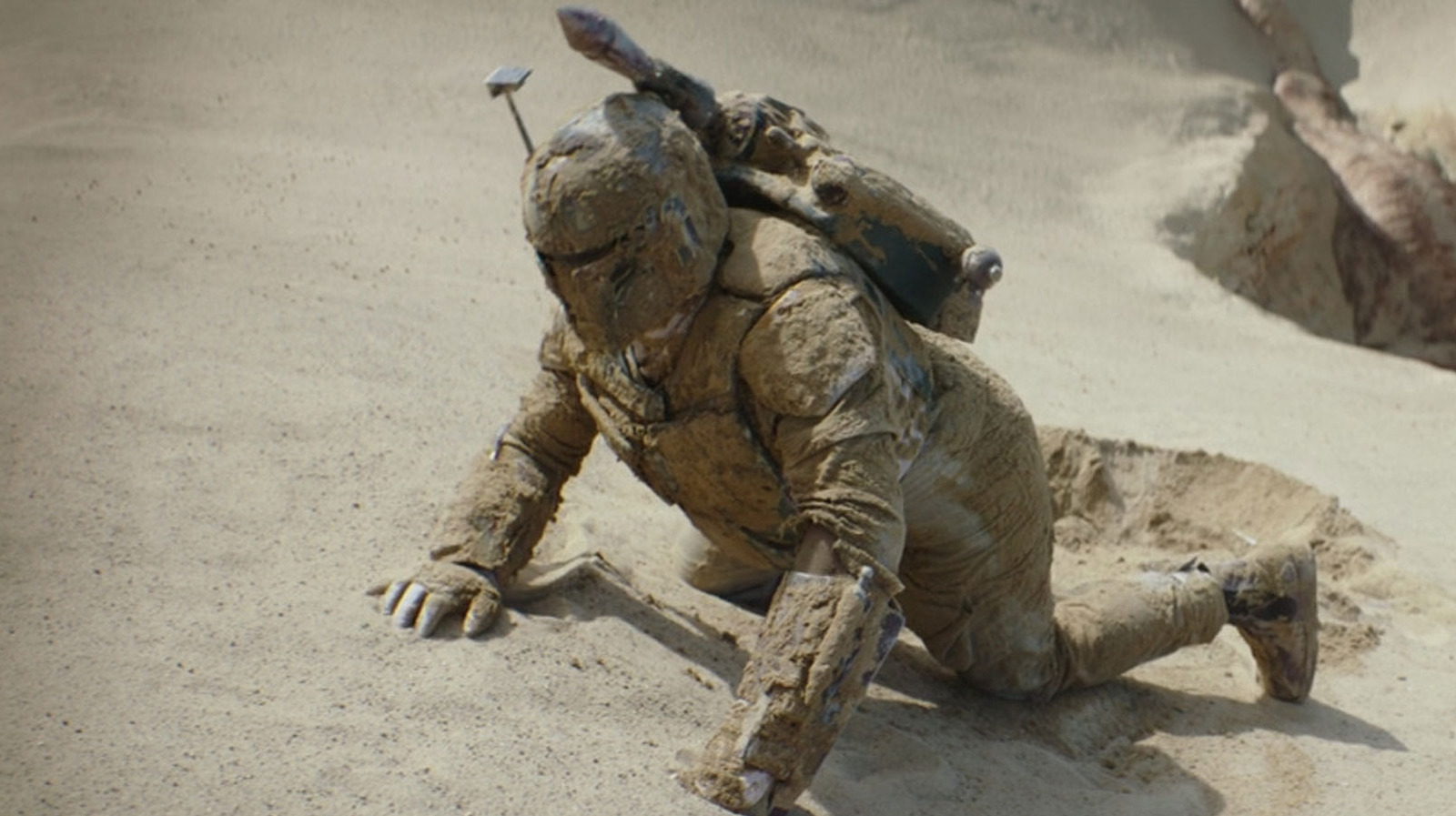 
In addition to the Indy Year series, a year-long monthly tribute to the 40th anniversary of Indiana Jones, Blast Points Podcast has a “first episode freakout” all about “The Book of Boba Fett.”

“‘The Book of Boba Fett’ is here, we were up before dawn watching it, we’ve drank a lot of coffee and we’re real excited to talk about all the treats in Chapter 1! It’s wild, weird and beautiful and that’s just the way we like it. What happened in the episode that sent us over the top, what have us wondering about the future, and why is this one keeping it so real? So, drink the life goo out of the worm, listen today & celebrate the love!” Listen here.

“Julius LeFlore is an incredibly proficient stuntman and stunt coordinator, who will be best known to Star Wars fans for his wide-reaching working on ‘Return of the Jedi.’ Bringing to life Weequay, Biker Scouts, Stormtroopers, as well as stunt double for Billy Dee Williams / Lando Calrissian, Mr. LeFlore has incredible stories from Yuma and the forests of Endor.” Listen here.

On Skytalkers, Charlotte and Caitlin discuss George Lucas and the Northern California town of San Anselmo.

“In the early 1970s, George and Marcia Lucas purchased a home in San Anselmo, in Northern California. He’s lived in the town of San Anselmo for nearly 50 years. In this episode, a bit of a passion project for architectural historian Caitlin, we look at some of the places and buildings associated with the filmmaker in this part of Northern California.” Listen here.

Pink Milk is a podcast where hosts (and husbands) Bryan and Tom talk “Star Wars,” through a queer lens. I’d recommend their recent episode about “Star Wars Eclipse,” the upcoming video game developed by Quantic Dream, and the #BlackoutStarWarsEclipse movement.

“‘Star Wars Eclipse’ developed by Quantic Dream was announced and soon comments from the developers founder, David Cage were shared on Twitter. Em, Chase and Bryan have a great conversation on why we will not be supporting this game. We talk about how homophobia is normalized by mainstream society and how it affects us as queer people.” Listen here.

The Resistance Broadcast is the official “Star Wars” podcast of StarWarsNewsNet.com. Check out their latest episode, in which they speculate about the upcoming “Tales of the Jedi” project.

“Boba Fett and Fennec Shand have teamed up, but with ‘The Book of Boba Fett’ being heavily influenced by crime/gangster movies, just how long with that relationship last? We discuss that and give our takes on all the latest ‘Star Wars’ news, including this mysterious ‘Tales of the Jedi’ project, the potential reveal of more ‘Star Wars: Visions,’ the latest on ‘Obi-Wan Kenobi,’ and more! ” Listen here.

Around the Galaxy is a one-hour “Star Wars” fan talk show. Every week, Pete Fletzer brings you conversations with authors, personalities, actors, creators, and super-fans talking about their “Star Wars” journey. In the latest episode, Pete speaks with Jordan, an administrator for Wookieepedia!

“Jordan is an administrator for Wookieepedia, the largest collection of information about the ‘Star Wars’ galaxy. Wookieepedia is an online encyclopedia that contains detailed information about the Star Wars movies and the spin-offs from those, including books and video games. In this episode we answer your burning questions about this unofficial resource for all things Star Wars, referenced by fans and creators alike.” Listen here.

Hosted by Gerry Cable and Scotty Jayro, The Bombadcast is all about positivity in the fandom and creating a connected community. Their latest episode delves into the cultural impact of 1999’s “Star Wars: Episode I – The Phantom Menace.” Listen here.

Podcast of the Whills treats “Star Wars” like a sacred text. In the latest episode, host Nick Mielke is joined by Pete Fletzer of Around the Galaxy for a holiday special where they discuss some of their favorite “Star Wars” moments of the year. Listen here.

“In this episode, Rachael and Kirsty cover Amandla Stenberg as the lead of ‘The Acolyte,’ Kari Skogland replacing Patty Jenkins as director of ‘Cleopatra,’ and the untimely demise of ‘Rangers of the New Republic’ before a detailed spotlight discussion on Stover’s highly regarded novelization.” Listen here.

Sistas with Sabers is a podcast made for and by Black female fans of “Star Wars.” It’s a safe space for Black female fans to connect, support each other and share their experience with the world. For their latest episode, listen here.

Join Silver and Cat on Into the Garbage Chute where they dumpster dive into every corner of the galaxy far, far away and the fandom it attracts. Check out their episode all about “Christmas in the Stars.”

If you thought ‘The Star Wars Holiday Special’ was a lot to take in, allow Silver and Cat to introduce you to Meco’s ‘Christmas in the Stars: Star Wars Christmas Album’! On this week’s episode, we break down the infamous Star Wars Christmas album song. by. song. You do not want to miss this! We’ll also discuss what Bon Jovi has to do with ‘Christmas in the Stars,’ why Threepio is the definition of ‘gaslight, gatekeep, girlboss,’ and how a song about getting a Wookiee a Christmas gift made music history. Listen here.

Climate tech got an enormous cash infusion in 2021