The Scariest Scene In Krampus Is Full Of Festive Fear 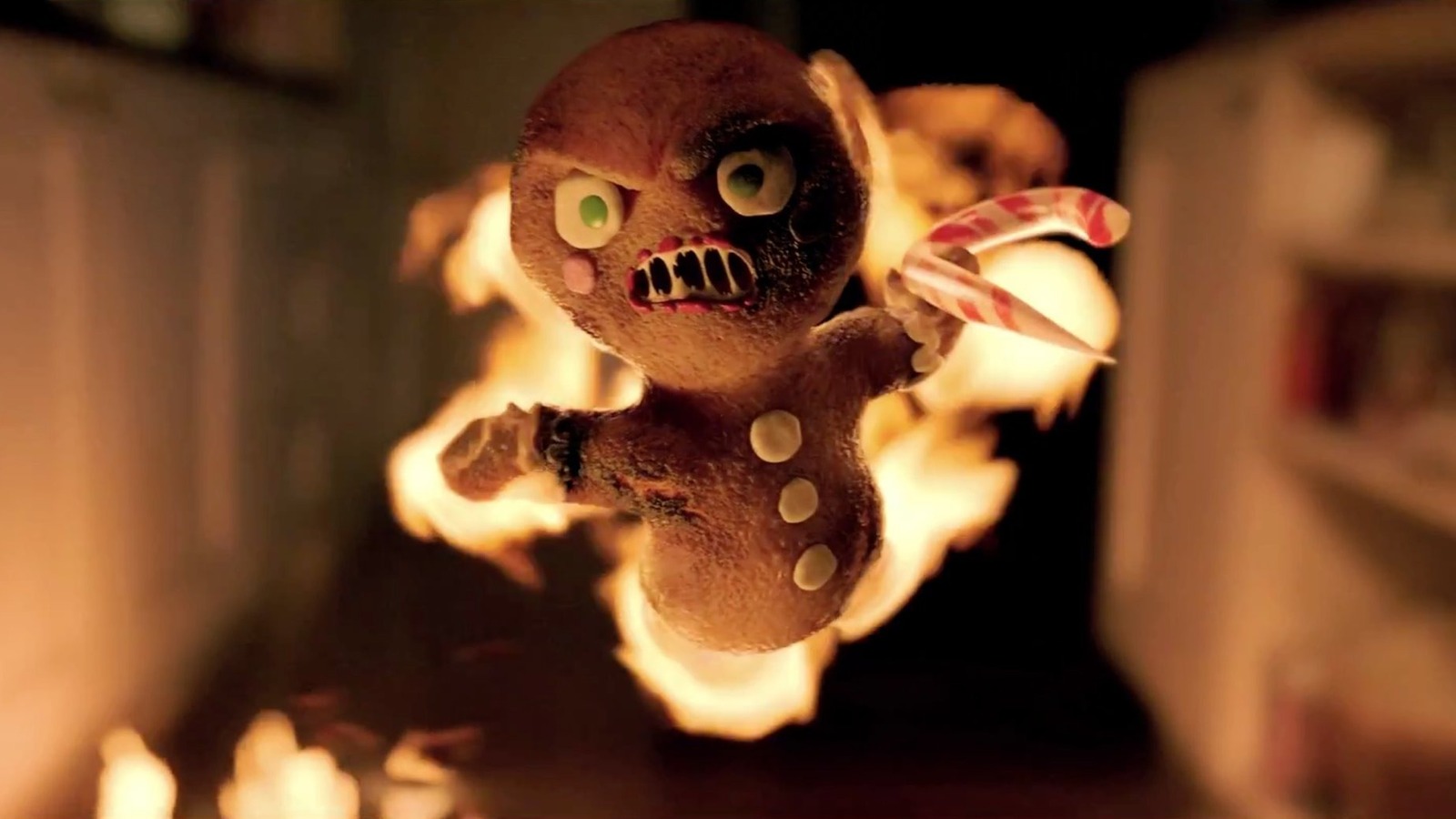 
The children were terrified, huddled in fear,

While frightening visions from hell did appear;

Young Max had seen vicious snowmen on their lawn,

And somehow, mysteriously, more of them spawned.

Aunt Dorothy sat, wrapped up tight in her fur,

And held baby Chrissy, as things got bleaker.

Up in the attic, there arose such a clatter.

You see, Stevie and Jordan thought they heard Beth’s chatter,

So they followed the sound, and they made such a clamor

As something did snatch them, an inhuman captor.

Their parents could hear their screams from downstairs,

For Linda and Howard, it was the stuff of nightmares.

Then Linda and Sarah and Tom made their way

To find Linda’s daughters and enter the fray.

The power was out, and their flashlights did shine,

So they climbed up the stairs in a single file line.

Their breath you could see as they looked all around,

When Linda found presents unwrapped on the ground.

Then something fell, clattering down in the darkness,

And all three of them jumped, clearly making them anxious.

Downstairs in the kitchen, Howard heard a strange sound,

So he went to investigate, and oh, what he found!

Cut to upstairs as they rounded a corner,

The sight before them a festive eldritch horror.

Jordan was swallowed by a Jack-In-The-Box,

Its mouth opened wide, its jaw did unlock.

And the evil thing, terrified, ran away and said “Bye!”

It darted away in a moment quite wry,

And that not-so-small bastard was shockingly spry.

Meanwhile, in the kitchen, Howard lamented

Not going to his brother’s, as confections fomented.

And shot Howard in the leg before he could run.

A cutting board he used as a bit of a shield,

It was all he could do as he suddenly keeled.

Back up in the attic, more toys did appear,

They attacked them forthwith and showed them no mercy,

As the situation went south rather quickly.

We cut back to Howard and the malevolent cookies,

Firing all of the nails, their weapon did empty.

And then with a swiftness, Howard took aim

And fired his rifle at the lantern flame.

In a flurry of fire, an artillery blitz,

Their pieces did scatter, their scorched ginger bits.

As Howard attempted to get the last word,

And leaped to their feet with a sugary purpose

To maim and dismember and take care of business.

He quickly took aim at the charging desserts

And blew one away — oof, that must hurt!

The last one, however, still charged at him fast,

A sharpened candy cane clasped in its grasp,

When out of the blue, bulldog Rosie flew

And monched on that treat, its face she did chew.

Then up in the attic while wrestling with toys,

Linda saw Stevie and was counterpoised.

Fearless and ruthless, she stabbed the bear’s eye

And charged across the room to save that Tom guy.

She cut down her sister, now hanging from lights,

And moved with a swiftness to end that Jack’s life!

But before she could get to that demonic plaything

It escaped through the vent, its box clinking and clanging.

As everyone settled, that situation sucked,

Allow me to say that these toys can get f***ed.

When will COVID be over is the wrong question

10 Religious Beliefs That Have Changed with History