No Way Home & Bring In Miles 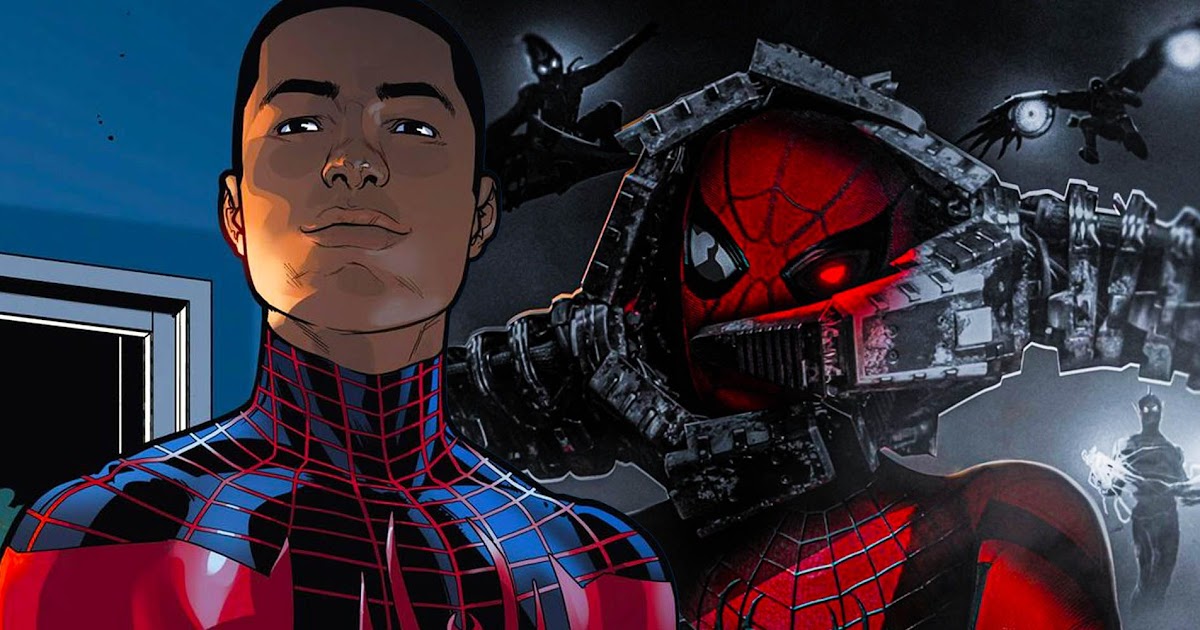 
Sony’s upcoming Sinister Six movie should take some inspiration from Spider-Man: No Way Home and introduce a new version of Miles Morales. Sony has had plans for a Sinister Six film since The Amazing Spider-Man film franchise was in progress. The second film, The Amazing Spider-Man 2, ended with a clear setup for the villain team, with the Green Goblin (Harry Osborn) and The Gentleman (Gustav Fiers) equipping allies (and possibly members) of Oscorp with advanced weapons and devices. The plans, unfortunately, never came to fruition, but Sony’s new villain-focused Spider-Man universe, which began with 2018’s Venom, has led to new plans for the iconic team.

Miles Morales – whose comic debut was in 2011’s alternate universe Ultimate Comics: Spider-Man – is his reality’s second web-slinger, taking Peter Parker’s place after his apparent death in a final confrontation with the Green Goblin. Miles and his stories were well-received, quickly growing in popularity among readers, and he made his cinematic debut in 2018’s animated film, Spider-Man: Into the Spider-Verse. As the star of numerous comics, an animated film, and a recent video game, it won’t be long before Miles has his long-awaited live-action debut.

With Sinister Six reportedly being the endgame of Sony’s Spider-Man films, it’s reasonable to assume that the movie will be a crowd-pleasing epic with more than one payoff. Sony will reportedly work alongside Marvel Studios to tie their film in with the MCU, meaning that Tom Holland’s classic Peter Parker Spider-Man may face off against the six villains. Although Spider-Man was often on his own against the six in the comics, the film can easily justify introducing a second Spider-Man to even the odds and give viewers a live-action Miles Morales simultaneously.

Not only is Sony and Marvel Studious working together on the Sinister Six film, but the multiverse will be unleashed in the upcoming No Way Home. While the Miles Morales who appears in the Sony film could be their iteration, he might alternatively be from the MCU, creating a new kind of character dynamic for Tom Holland’s Spider-Man, who’s typically mentored by characters like Iron Man or Doctor Strange.

The Sinister Six’s villain roster can be comprised of characters from multiple realities as well. In addition to introducing the first live-action iteration of Miles Morales, the film can bring back actors like Alfred Molina, Jamie Foxx, and Willem Dafoe for yet another performance. With No Way Home bringing the iconic villains back, Sony could take advantage of their fan-favorite status, adding to the already crowd-pleasing introduction of Miles.

Spider-Man: No Way Home will be the first live-action Spider-Man movie to use the multiverse for crossovers. In addition to bringing back characters from bygone film eras, they’ve also allowed for interaction with Sony’s Spider-Man universe. If Sony intends to make the Sinister Six film their franchise’s endgame, they’d make it an even more effective grand finale by bringing in Miles Morales.

Things That Help You to Sleep—and Keep You Asleep