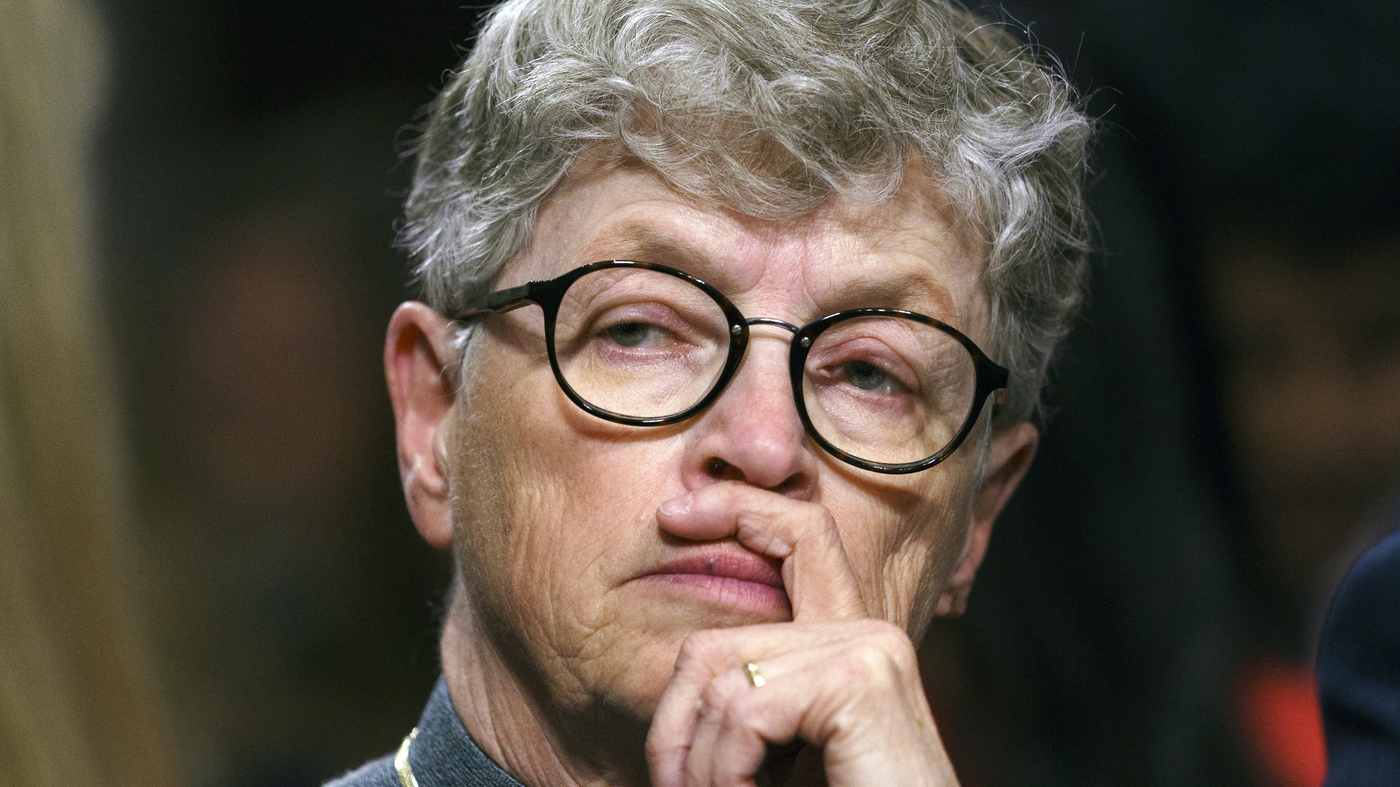 The Michigan Court of Appeals has cleared two former university officials who’d been charged with lying to investigators in connection with the sexual abuse investigation of former gymnastics doctor Larry Nassar.

On Tuesday, in a 2-1 decision, the court overturned the conviction of former Michigan State University gymnastics coach Kathie Klages.

In September 2018, two women testified during a court proceeding that when they were teens they told Klages in 1997 that Nassar assaulted them during treatment. But Klages told police during an investigation into accusations against Nassar in 2018 that she didn’t recall those conversations with the two women.

Klages was later found guilty by a jury in February 2020 of two counts of lying to a peace officer.

Nassar, who was also a team doctor for Olympic women gymnasts, is now serving a decades-long prison term for abusing hundreds of girls and young women.

“Here, the prosecution never presented evidence of any underlying crime or even suggested that someone ‘got away,'” Judges Elizabeth Gleicher and Cynthia Stephens wrote in their opinion.

But the judges didn’t determine whether or not Klages was telling the truth in her original statements to police in 2018.

Rachael Denhollander, the first woman to come forward publicly against Nassar, tweeted following the news of Klage’s conviction being overturned.

“It never ends. I’m so disappointed at this result, but I hope an important takeaway is this: It is worth believing and fighting for survivors,” she shared. “It is worth fighting for accountability. We may not always get the result that is just, but that doesn’t mean we stop trying.”

That same day the court also affirmed a decision by a lower court judge to dismiss the case against Lou Anna Simon, the university’s former president. The court said in Simon’s case there was insufficient evidence to send her to trial.

Charges against Simon, the former Michigan State University president, centered on her own 2018 interview with investigators about what school officials knew about Nassar.

Authorities have alleged Simon knew as early as 2014 that Nassar was accused of molesting a patient on a clinic on campus. Simon insisted she was only aware that a complaint was filed against a sports doctor and that she didn’t learn anything specifically against Nassar until 2016.

Judge Gleicher, in a separate opinion, criticized prosecutors for pursuing a case against Simon.

“The historical background supports that the goal was to exact retribution for MSU’s failure to stop Nassar rather than to pursue justice for criminal wrongdoing,” Gleicher said. “Dr. Simon was one of the scapegoats selected to justify that effort.”

John Manly, who represented more than 180 survivors of Nassar’s abuse, tweeted that news of Simon’s dismissal was “another gut punch to Nassar’s victims.” He added a request for Michigan Attorney General Dana Nessel to appeal the decision.

This all comes just a week after hundreds of female survivors of sexual abuse by Nassar reached a $380 million settlement with USA Gymnastics and the U.S. Olympic and Paralympic Committee.

Things That Help You to Sleep—and Keep You Asleep