SOSV, the global venture firm, just closed a $100 million fund to back its maturing startups – TechCrunch 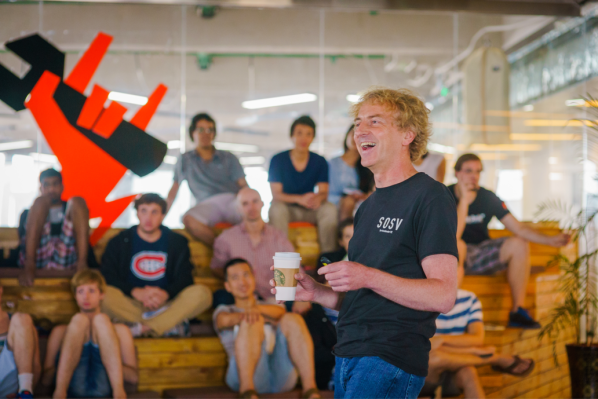 
Sean O’Sullivan, the founder of the global venture outfit SOSV, has slowly but steadily built up a sizable operation over the years.

SOSV started off as a family office, investing the capital of O’Sullivan after he cofounded two companies, including MapInfo, an outfit that went public in 1994 before Pitney Bowes acquired it years later, in 2007. The seed-stage investing outfit has since raised three more funds, including a $277 million early-stage fund that it closed in 2019 and is actively investing from right now.

Now, to complement those funds, the organization has raised $100 million for what it’s calling a “select fund” that’s meant to help SOSV maintain its pro rata stake in some of its breakaway portfolio companies.

Because of other tools in the market, SOSV wasn’t completely hamstrung until now. Instead, SOSV has, on occasion, assembled a special purpose vehicle to re-invest in certain of the startups it has backed. But O’Sullivan says these were relatively small SPVs — think $2 million in size or less. The new fund, he says, is expected to write checks of between $2 million and $5 million and even up to $10 million — or 10% of the fund, per SOSV’s agreement with its investors.

Certainly, the new fund also gives startups even more reason to work with SOSV, which tends to write its seed checks to first-time founders, who O’Sullivan observes are often overlooked — wrongly —  by investors in favor of repeat founders.

He points to Apple, Microsoft, Facebook, Google and Alibaba, noting that landscape would look rather different without them. He says experienced the phenomenon himself when he cofounded a company (NetCentric) after MapInfo. “People were just lining up to invest,” he says. “It was so easy to raise the funds without anything other than a business plan, and these days, you don’t even need one of those.”

That doesn’t mean SOSV will get as big a bite as it might like in every deal. Though SOSV has enjoyed success by betting on new entrepreneurs — it was among the first investors in FormLabs, for example, a company now valued at $2 billion; it also backed JUMP, the bike-share startup that Uber acquired in 2018 — a $100 million fund is small by current standards. SOSV could well find itself competing against players that have billions of dollars to deploy and which are writing bigger checks to younger companies at a velocity never before seen in the world of venture capital.

It’s not an absurd concern, agrees O’Sullivan. He says he saw some sharp elbows just this week, in fact. Part of a $100 million-plus round was coming together, and a firm that O’Sullivan declined to mention didn’t want to make room for the startup’s Series B or A investors because it wanted to meet a certain equity threshold.

O’Sullivan says the earlier investors acquiesced. (“They’re giving us a multi-billion valuation” and also “trying to buy secondaries from existing investors,” he explains, while adding that SOSV would generally prefer to hold its shares through an IPO.)

Still, he suggests there’s no need to worry about SOSV. While the earlier investors went with the flow, O’Sullivan says that in “most cases, there’s enough to go around for the previous investors.”

He also calls it “good protocol for the late-stage investors [to make room] if they want to continue to have us introducing deals to them.”

Put another way, smaller fund or not, SOSV has a kind of leverage, too.