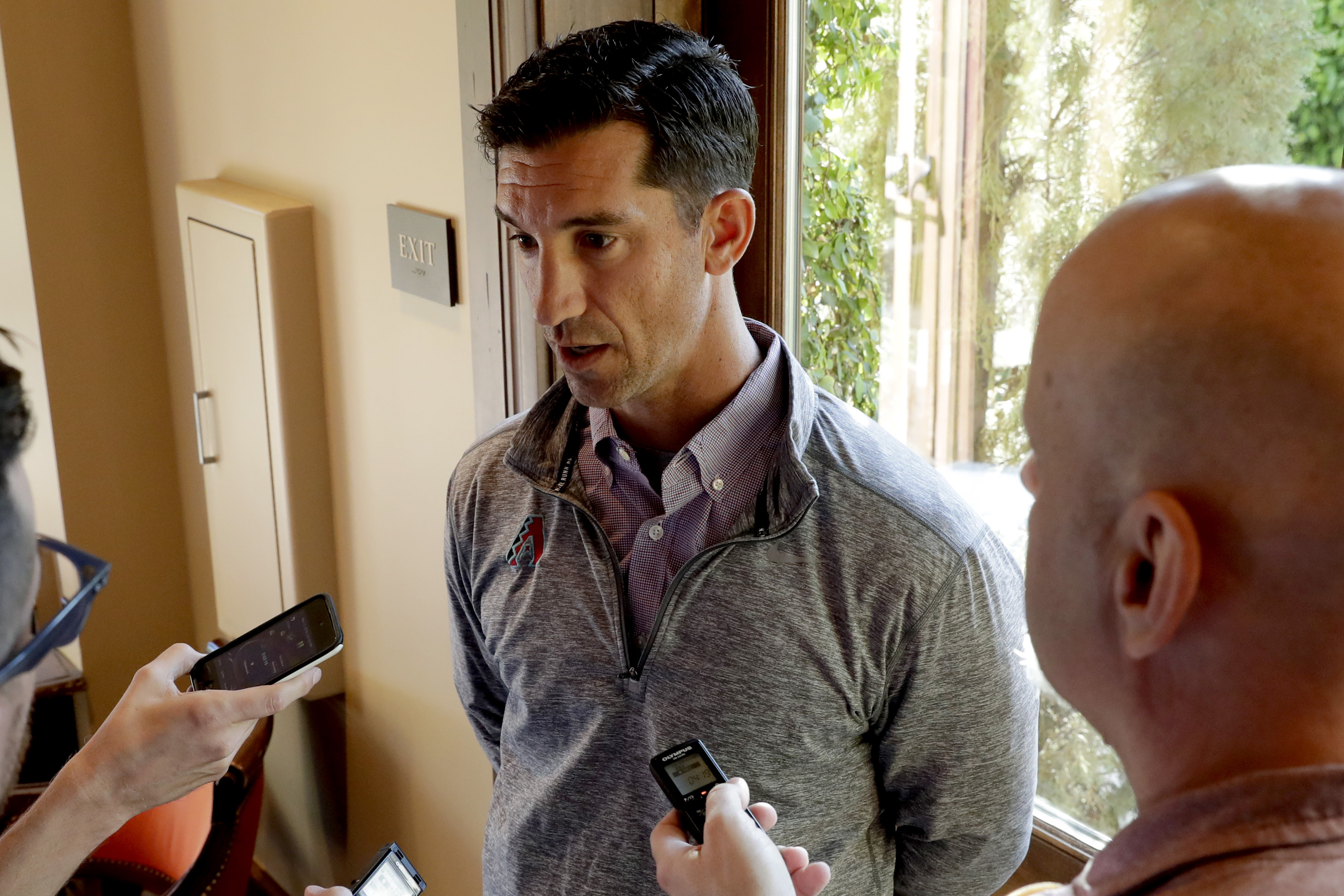 “First off, what I want to say, is that Nicole is doing OK,” Hazen said Friday, per the Associated Press (h/t ESPN.com).

“She’s grinding along. But being realistic about the journey we’re on right now, knowing what my job demands, and knowing the most important thing to me, this is demanding a percentage of my time that’s starting to creep into the ability for me to do (my job) here physically.”

The Diamondbacks general manager added that he “had to be honest about where I needed to be physically more often than not.”

Both Hazen and Diamondbacks president Derrick Hall said there is no timetable for the GM’s return.

Per the Mayo Clinic, glioblastoma is an “aggressive type of cancer that can occur in the brain or spinal cord.”

Nicole Hazen was diagnosed with a brain tumor in July 2020. She and Mike Hazen have four sons: Charlie, John, Teddy and Sam.