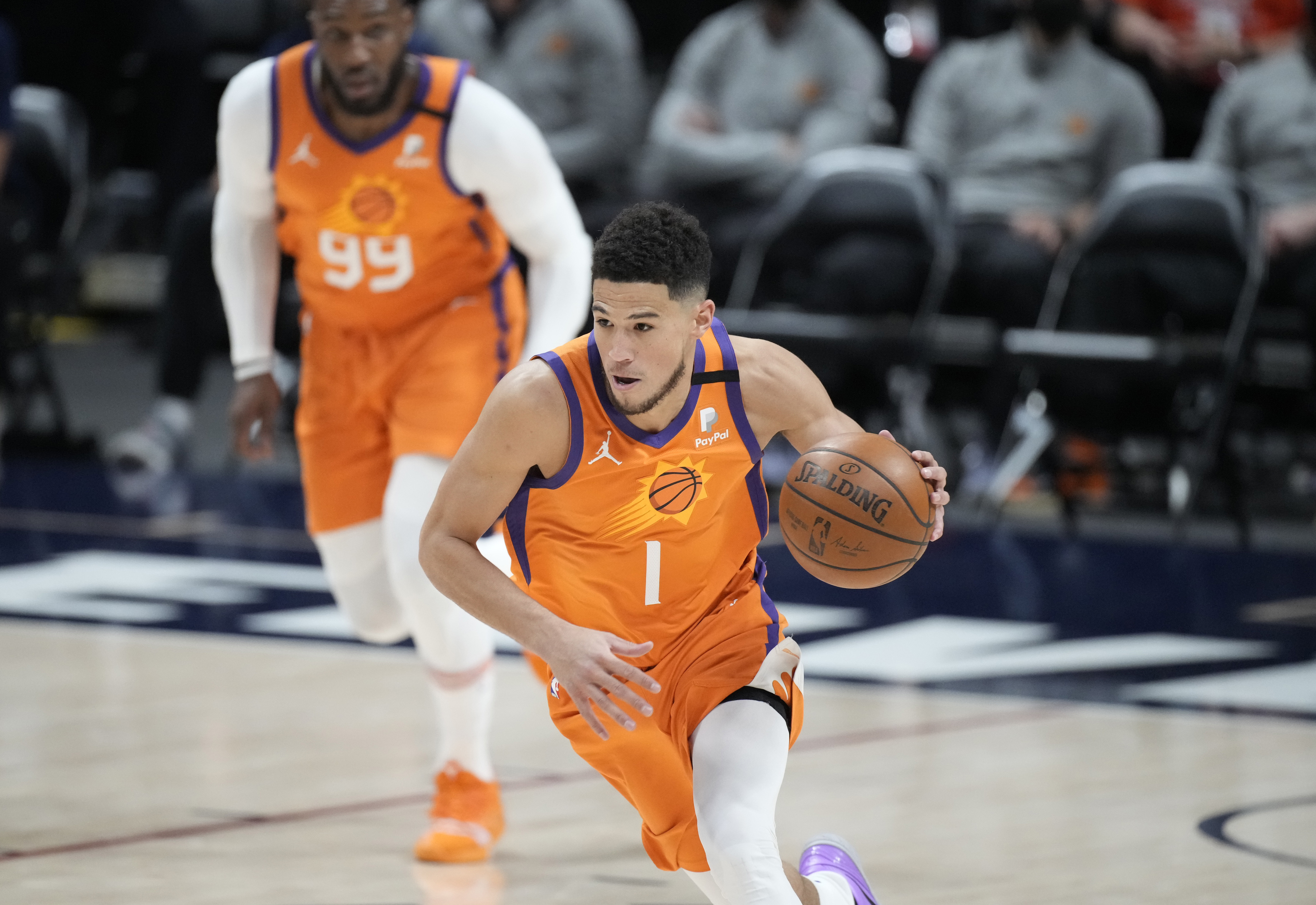 The Phoenix Suns took a commanding 3-0 lead over the host Denver Nuggets in their Western Conference second-round playoff series on Friday at Ball Arena.

Suns guards Devin Booker and Chris Paul combined for 55 points on 20-of-39 shooting, along with 12 assists and 12 rebounds, and big man Deandre Ayton added a 10-point, 15-rebound double-double for a team that shot 53.1 percent from the field (12-of-26 from three-point range).

The Suns, who outscored the Nuggets by 10 points in both the first and third quarters, led by as many as 20 and held a double-digit lead for the final 13:38.

Denver center Nikola Jokic received his NBA MVP trophy before the game and showcased why he was deserving of the award, dropping 32 points, 20 rebounds and 10 dimes.

Monte Morris added 21 points off the bench, but Denver largely struggled offensively outside of those two. Starters Aaron Gordon, Austin Rivers and Facundo Campazzo notably combined for just 15 points on 6-of-20 shooting.

The Suns are now one win away from their first Western Conference Finals appearance since 2010.

The Suns backcourt put on a masterclass in offensive basketball, doing whatever it pleased as it decimated the Denver defense.

Phoenix scored from everywhere on the court as Paul and Booker stole the show with their collective effort.

Booker dropped a tough mid-range shot over the 6’8″ Gordon:

He also went to work against Michael Porter Jr., driving by the forward for the tough layup:

And he used his left hand for a floater:

Book’s got skill 😮<br><br>This lefty floater was too smooth: pic.twitter.com/obMFLcaDMC

Paul was deadly from the mid-range himself, and he wasn’t fazed by a flying Will Barton on one attempt:

The pair also got busy from beyond the arc, as evidenced by the first two made shots in this highlight package:

The Suns should win this series, and if they close the deal, the top storyline will be the fantastic efforts of Paul and Booker.

Paul has been nothing short of sensational, particularly in the fourth quarter, as Anthony Slater of The Athletic noted:

And Booker is quickly developing a reputation as an ice-cold killer. Vince Marotta of 98.7 Arizona Sports gave credit where it’s due:

Thanks largely to those two, Phoenix looks like it’s about to waltz into the conference finals.

There wasn’t much more Jokic could do Friday.

He led all players in points, rebounds and assists and put on a clinic. The big man also found himself in legendary company by game’s end:

Nikola Jokic joins Wilt Chamberlain and Kareem Abdul-Jabbar as the only players with 30 Pts, 20 Reb, 10 Ast in a playoff game all-time. pic.twitter.com/HwmfgD6Ykg

He never quit, corralling a late offensive rebound before a no-look dish to Barton:

Morris was excellent, too, scoring his 21 points on 8-of-12 shooting.

The problem was that the rest of the team largely could not get it done.

Michael Porter Jr. had eight points in the first seven minutes but just seven for the rest of the game. Gordon shot 2-of-10 and had as many points as turnovers (four).

The entire starting lineup outside Jokic had just one assist, and that quartet scored two fewer points (30) than the MVP.

Rivers finished with a minus-18 plus/minus. Barton scored 14 points but hit just 2-of-7 three-pointers.

Obviously, the Nuggets miss Jamal Murray, who was averaging 21.2 points per game before suffering a season-ending torn left ACL. The Nuggets need more firepower to counteract the Suns’ stout backcourt, and Murray would have been that answer.

Unfortunately, the Nuggets are forced to go without their second-best player, who routinely torched his team’s playoff competitors last year en route to a conference finals berth.

The Nuggets appear to be at the end of the line barring a miraculous comeback, but credit to them for fighting hard in the face of adversity and getting as far as they did despite missing Murray.

Denver will host Game 4 on Sunday at 8 p.m. ET. A Phoenix win will clinch a series sweep in the best-of-seven matchup.

Joel Embiid Tweets After 76ers’ Game 3 Win over Hawks: ‘Nothing Shall Keep Me Down’ | Bleacher Report